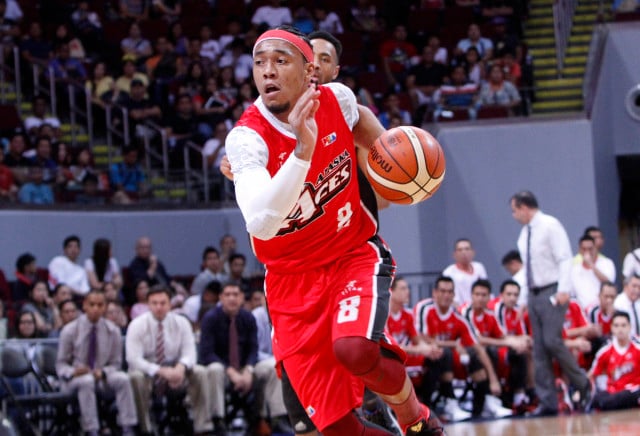 Greg Slaughter remained in front of the statistical race for Best Player of the Conference, but Calvin Abueva isn’t close behind through the end of the 2016 PBA Commissioner’s Cup quarterfinals.

The Ginebra center Slaughter, who is norming 17.4 points, 9.3 rebounds, and 1.3 blocks, paces the 2016 Commissioner’s Cup with a 34.2 average in statistical points.

However, his chances of snagging the plum took a big hit after Ginebra got swept by Rain or Shine in the quarterfinals,

Abueva, meanwhile, has cut the gap with his 33.1 SPs thanks to his 17.9 points, 7.6 rebounds, 2.9 assists, and 1.1 steals. He further cemented his spot as the frontrunner for the award after Alaska advanced to the semifinals after surviving TNT in three games.

GlobalPort scorer Terrence Romeo is in third with his 33.0 SPs, while TNT guard Jayson Castro sits in fourth with 29.8 SPs.

After sitting in ninth place at the end of the eliminations, two-time MVP June Mar Fajardo was has caught up and has now cracked the top five, tying Blackwater spitfire Carlo Lastimosa 28.55 SPs.