Bolts atone for ‘lazy’ showing with Game 4 rout of Aces 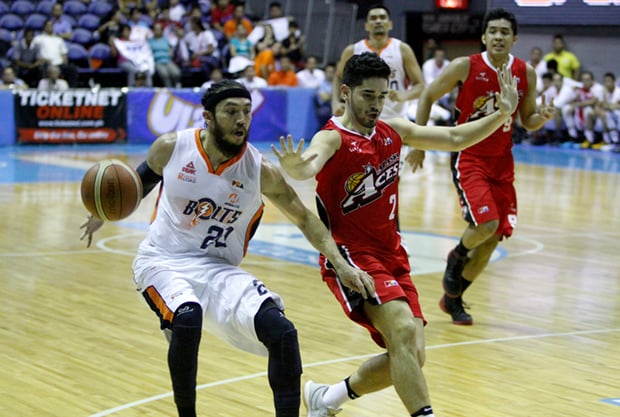 Meralco head coach Norman Black was disappointed with the way his team played in the second half of Game 3.

“Lazy” was how Black described Meralco’s Game 3 showing as it fell, 92-72, and dropped to a 2-1 series deficit in a best-of-five semifinals duel against Alaska.

The Bolts heard their coach’s grievances loud and clear and took it as a challenge.

“We all wanted to make it a point that we would go all out there tonight,” said Jared Dillinger.

And on Monday, Meralco bounced back big, forcing a deciding Game 5 with an 86-70 win.

“I think we did that. From top to bottom, I think everyone went out there and gave it 150-percent. That’s all you can ask for,” said the Fil-American swingman.

Dillinger was pivotal in the win, pouring 17 points and five rebounds, and sparking a third quarter run that had the Bolts running away from a tight game.

He even drained a triple from the other end of the court to beat the third quarter buzzer, a basket that pushed the Bolts lead to 10, 62-52, setting the tone for their huge finishing kick.

“It definitely carried some momentum going into the fourth quarter. At the start of the fourth, we hit a couple of shots and that kind of ballooned the score up,” he said.

And with Game 5 set on Wednesday at Smart Araneta Coliseum, Dillinger hopes Meralco will be able continue its dream run with each step moving the team closer to what would only be its first finals appearance.

“It’s anybody’s game now. Take out the Xs and Os and it’s all about hustle and effort at this point,” he said. “We know their tendencies and they know our tendencies. It’s just about who has more heart and guts to execute the game plan.”