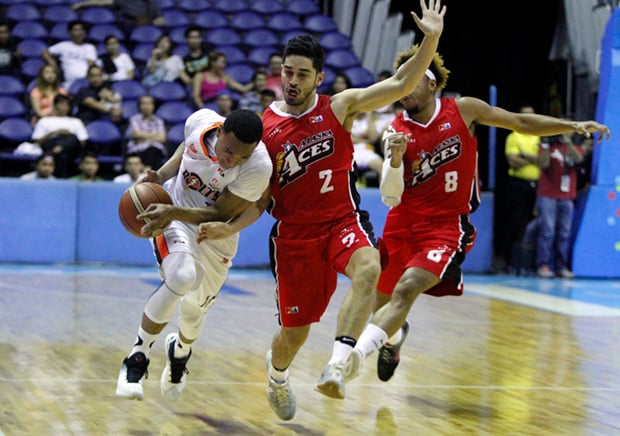 Alaska Milk and Meralco go through one final grind Wednesday, disputing in a do-or-die setto for the right to battle Rain or Shine in the Oppo PBA Commissioner’s Cup best-of-seven Finals.

The no-tomorrow match is set at 7 p.m. at the Smart Araneta Coliseum, and the question is how well the fortitude of the two teams will hold up in the face of each other’s expected all-out spunk.

The Aces are not unfamiliar in this situation, having survived two knockout matches in the quarterfinal round versus the Tropang TNT Texters.

Alaska has rich experience and knowledge on its side but Meralco has got the burning desire and determination to land in the grandest stage of PBA play for the first time in franchise history.

The two teams are expected to put everything on the floor in the deciding Game 5.

“We’ve lived to fight another game. Now we’ll try to go all the way to the finals,” said Meralco coach Norman Black.

The Meralco franchise has never got past the semifinals, but Black has players who’ve been in the Promised Land.

Alaska, meanwhile, hopes to shrug off its pathetic Game 4 showing.

The Aces, however, is definitely capable to make a come back and play big in the biggest moments of the game.

They have overcome a 0-1 deficit versus Tropang TNT in their best-of-three quarterfinals showdown.

If they survive another do-or-die tiff, the Aces arrange with the E-Painters the first PBA finals in 16 years without a team from San Miguel Corp. and the MVP Group.

The Elasto Painters have been to five previous finales, tangling with the BMEG/San Mig Coffee and Talk n Text.

Compton insists they’ve got to raise the level of their game. “I’m proud we’ve got this far, but I don’t think playing the way we did (Monday) will get us where we want to go,” he said.

After Alaska held Meralco to its lowest output in the conference in Game Two, 92-72, the Bolts returned the favor Monday, holding the Aces to their lowest production in a game in the last four conferences.