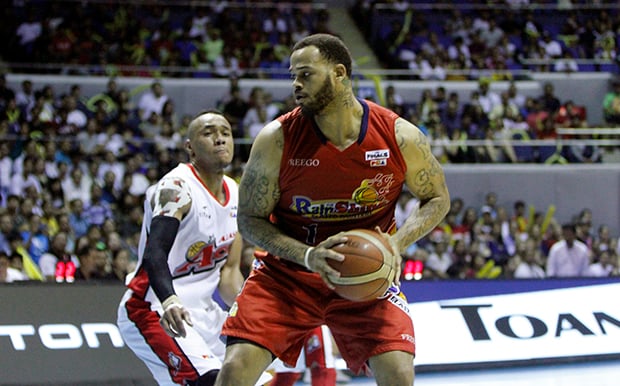 “I should’ve won. Since I’ve been here, we only lost two games including tonight,” Henderson-Niles said.

Henderson-Niles, though, cleared he’s more inclined to win the championship for Rain or Shine than win the award for himself.

But on Friday, he didn’t seem like a contender for the award as he was limited to just three points and five rebounds as Rain or Shine failed to pull off a Finals sweep after Alaska bounced back with a 111-99 win in Game 4.

“Worst game we had so far,” said the burly import.

“No excuses. They came out playing hard and we lost. They wanted it more today. They got the W and we lost,” he noted. “We didn’t come out to play our game. Everything we normally do, we didn’t do tonight. We didn’t make open shots and they started out early.”

Still, the Elasto Painters hold a 3-1 series advantage and will have another shot on nabbing the 2016 PBA Commissioner’s Cup on Sunday in Game 5.

“We just got to do a better job from the jump, play hard from the tip,” Henderson-Niles said. “We wasn’t playing our game. We got to do what we’ve been doing the whole series, taking them to our game.”