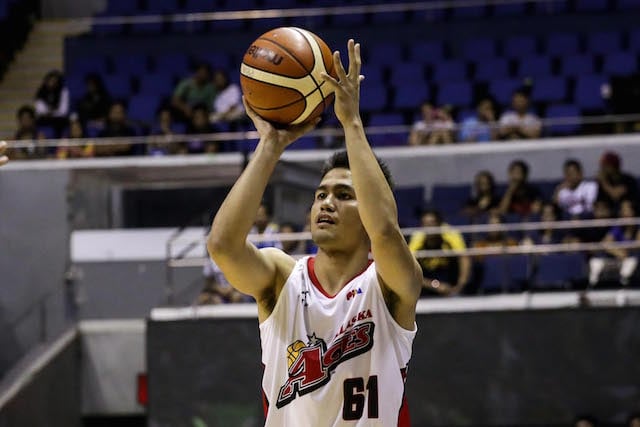 With Alaska left with no more tomorrow, head coach Alex Compton knew he had to come up with something different to keep the Aces’ season alive.

And with gritty guard Ping Exciminiano down with an injury, he found a temporary remedy in rookie Kevin Racal, whom he started in Game 4 of the 2016 PBA Commissioner’s Cup Finals against Rain or Shine.

“He’s a tough kid. He came into a situation where the players in front of him were veterans,” said Compton.

Racal is no stranger to playing in big moments as he was one of the leaders of the Letran Knights in their NCAA championship run late last year.

And with the coaching staff’s full confidence behind him, he did the best he could to stand his ground against the more experienced Elasto Painters.

Racal didn’t disappoint as he finished with a respectable line of seven points, three rebounds, and two assists in nearly 20 minutes of action to help Alaska stave off a sweep with a 111-99 conquest.

“There are certain matchups we need to look at and Kevin is well taught defensively. We talked with the coaching staff a lot and in that discussion, we decided Kevin will be a good starter,” noted Compton. “The kid is tough and that’s the reason we drafted him. But again, it was the recommendation of coaches, and he played great.”

Though there were butterflies in his stomach, Racal managed to compose himself in the biggest game of his young PBA career.

Racal admits being in the PBA Finals is much more different than his previous experiences in the championship back in his collegiate days.