Belga puts ROS loss on himself: ‘Too much stupidity’ 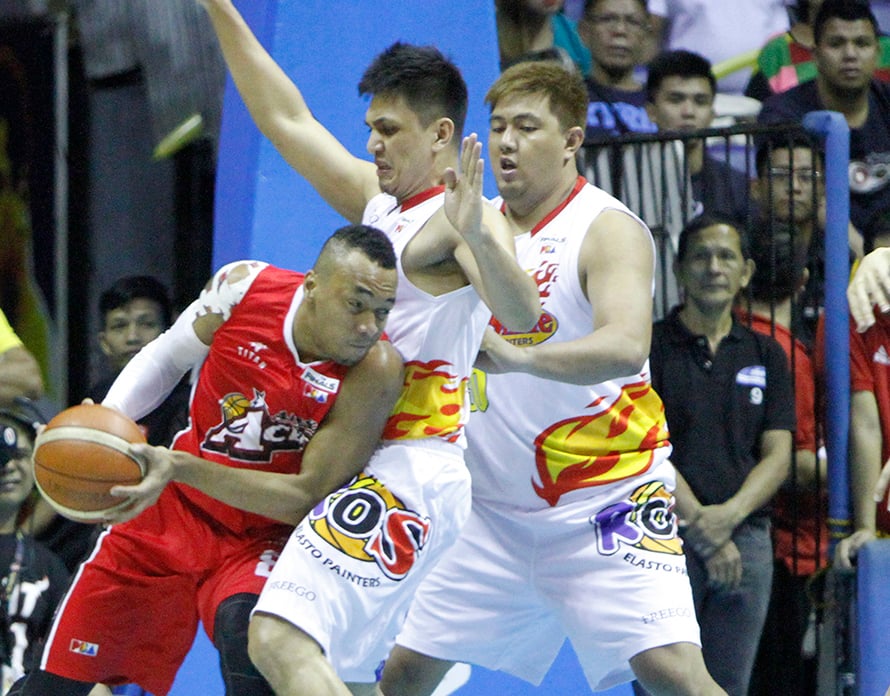 Failing to close out the series for the second straight time, a teary-eyed Beau Belga expressed his frustrations following Rain or Shine’s 86-78 Game 5 defeat on Sunday.

The burly big man rued his poor showing for the night, finishing with only four points and two rebounds.

What bothers Belga was the uncalled fouls which he felt turned the tide against the Elasto Painters.

Belga committed a deliberate foul, his fifth, at the 5:10 mark in the third period against Alaska forward Calvin Abueva. He was also called for his sixth foul at the 4:08 mark of the fourth when he tried to swipe the ball away from RJ Jazul. Both instances were big blows to Rain or Shine and were crucial in the team’s downfall in the end.

Good thing for Rain or Shine is that it still has two more shots to win the championship, starting on Wednesday in Game 6.

Belga said on that game, there should be no more room for errors or any silly fouls.

Read Next
Effort has been the difference for resurgent Alaska, says Dozier
EDITORS' PICK
Taal Volcano flexes signs of restiveness anew
Get exciting deals and discounts when you download the new McDonald’s App
China expands lockdowns to 25M people to halt viral outbreak
SM continues to send relief assistance to remote towns in Batangas
Beyond water service: Maynilad builds massive infrastructure projects to clean up Metro Manila waterways
BIR grants relief to Taal-affected taxpayers in Batangas
MOST READ
Taal Volcano flexes signs of restiveness anew
Lacson on Duterte’s threat to end VFA over Bato’s canceled visa: Where is the connection?
Part of Aurora Boulevard in Cubao closed from Jan. 25 – Feb. 1
Lacson presses SC to rule on international agreements like VFA
Don't miss out on the latest news and information.