Thompson to take over starting point guard duties for Ginebra 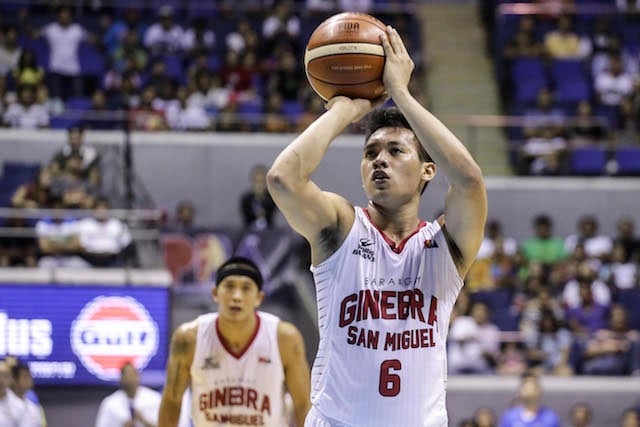 There will be a changing of the guard in the halls of the PBA’s most famous franchise.

Rookie point guard Scottie Thompson will be a starter for Barangay Ginebra for the upcoming PBA Governors’ Cup taking the duties from established veterans LA Tenorio and one-time Jayjay Helterbrand.

Ginebra head coach Tim Cone on Friday compared his move to start Thompson back when he thrust then rookie Johnny Abarrientos to Alaska’s starters in place of Jun Reyes.

“He’s going to start this conference, he deserves to start,” said Cone after Ginebra’s tune-up game against Mahindra at Arellano University. “He’s at the point now where you can’t hold him back any longer.”

“I did the same thing with Johnny Abarrientos when we first got him, we started Jun Reyes for a couple of conferences and then we started Johnny and we never looked back.”

Abarrientos was an integral part of the Alaska team that won the Grandslam in 1996 and Cone hopes Thompson can bring Ginebra to the next level.

Cone hopes Thompson can be that difference-maker for Ginebra, which hasn’t won a championship in eight years.

“I think he can,” said Cone about Thompson’s potential. “You know we always go to a conference thinking we will win a championship and Scottie may be that difference maker, everybody else has got to perform too.”

Thompson, however, did not start their tune-up game against the Enforcers but it’s part of Cone’s plan to slowly acclimate his rookie for the starting job.

“The key for him is to play with those guys and keep them happy, and start finding his own thing,” said Cone. “That’s why we brought him off the bench for now so he can learn that as he goes along.”

“The players can also see this guy needs his minutes, he needs to start. And instead of forcing him on them, they will come to the realization [of Thompson being part of the starting five] themselves.”

Thompson, drafted fifth overall in the 2015 Draft, averaged 4.45 points, 2.45 assists, and 2.64 rebounds across 11 games in the Commissioner’s Cup but he only played an average of 15.55 minutes as he shared playing time with Tenorio, Helterbrand, and Sol Mercado.

There is ‘strong clamor’ for Filipino nurses abroad, says Bello