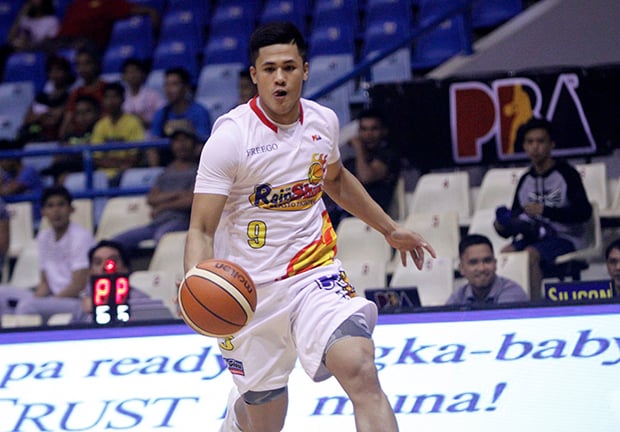 Allen Durham is all set to flash his old form and get Meralco back on track in the PBA Governors Cup.

Yet Rain or Shine is equally ready, laying down what should be an exciting tussle on Wednesday at Smart Araneta Coliseum.

The Elasto Painters are gunning for a third straight win, but have to hurdle a Bolts side aiming to snap out of a two-game slide.

“Our focus is try to find a way to break out of our two-game skid,” said Meralco coach Norman Black.

The Bolts’ bid should depend a lot on how Durham, face mask and all, fares this time around.

The former Grace Bible College standout, who suited up for Barako Bull in the same tourney in 2014 and has had stints in France and NBA D-League, powered Meralco to wins in its first two games with averages of 34 points and 18.5 rebounds.

But after suffering a broken nose off an inadvertent elbow from Alaska’s Sonny Thoss in their game last July 17 Durham’s performance has visibly taken a dip as gleaned in his 15.5 ppg and 13.0rpg  norms in the Bolts’ last two games.

Durham has used the break since the Bolts’ last game July 30 to grow more accustomed to the protective mask he’s been forced to wear in their last two outings against TNT Katropa and Ginebra.

“We will need an aggressive game from Allen Durham, who is now moving better in practice,” related Black, adding his team’s main problem is how to stymie Rain or Shine’s offense that usually nets it 100.6 ppg.

“Our opponent is Rain or Shine, so we must bring our A-Game on defense to slow down their high-power offense,” stressed Black, who is expected to rely mostly on the likes of Chris Newsome, Cliff Hodge, Reynel Hugnatan, Jimmy Alapag and Mohammad Jamshidi to backstop Durham.

Rain or Shine took a little longer break after a 98-92 win over Blackwater last July 29 and coach Yeng Guiao said his team used that period to polish its defense also to be used against Alaska in their Saturday game, but at the moment focused on Durham.

“He is the number one in assists among imports (6.0) so that is a concern since na-i-involve niya ang mga local teammates niya,” Guiao pointed out.

“Pero if he is going to be offensive-minded and try to score more then the better for us since mas madaling iisa lang ang main concern mo than marami.”

The tactician who steered the North team to the win in the PBA All-Star Weekend also foresees his team doing its part on the other end of the court.

“I was a bit worried na medyo nainip and team and we may have become kind of eager becase of the long break, that it may negatively affect the team,” said Guiao. “Pero sa nakikita ko sa practice maayos naman.

“We’ll just try to maintain our balance in scoring with our locals continuing to help out our import.”

Indeed, Dior Lowhorn logs the fewest playing time among imports with just 31.6 minutes per game, but still totes averages of 22 points and 12 rebounds a night. But the likes of JR Quinahan, Jeff Chan, Paul Lee, Maverick Ahanmisi, Jericho Cruz and Gabe Norwood have been able to take turns picking up the scoring slack.