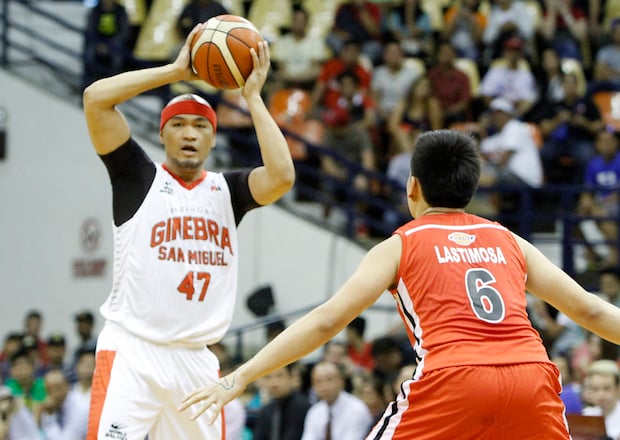 – Ginebra has won each game they’ve played against Blackwater so far this season, and they definitely want to complete a season sweep of the Elite by beating them here. Pero tuluyan bang magpapalampaso ang Elite sa Gin Kings? That’s the question Blackwater wants to answer in this game, and, for sure, they’ll try to get one back against Ginebra.

– Justin Brownlee has been a very solid import for Ginebra since coming in to replace Paul Harris. He has led the Kings to two wins in their last three games, and has been pretty much a force of nature. Sol Mercado and Japeth Aguilar have also been critical in Ginebra’s strong start to the conference, and both will surely continue to play major roles as they try to get their third straight win.

– Blackwater, meanwhile, hasn’t been able to string together back-to-back wins. They started the conference with a loss to NLEX before bouncing back against Star and then getting tripped again after losing to ROS. Now, they’ll try to recover against Ginebra, and they better recover because a loss here will bump Blackwater further down the standings and make the road to the quarterfinals that much harder.

– Brownlee scored 26 points and handed out 6 assists in Ginebra’s last game, and that was actually his worst outing already this conference. He remains a very strong import for the Kings — someone who can do pretty much everything, and they’ll continue to heavily rely on him against the Elite.

– Sol Mercado struggled in Ginebra’s game against NLEX, but he bounced back well against Meralco. Mercado has really given Ginebra a huge lift this conference, especially compared to his production in the Commissioner’s Cup. If he continues to be among the team’s leaders, Ginebra should be in great shape despite missing Greg Slaughter.

3. GINEBRA: HOLE IN THE MIDDLE

– Despite winning against Meralco, one glaring weakness in Ginebra’s game was its interior defense. The Kings gave up 52 inside points to Meralco in that game as opposed to scoring just 38 of their own. Even without Greg Slaughter, Ginebra has enough bigs to try and make life harder in the paint, and we’ll see if they can do just that here against Blackwater.

– Blackwater just finds it difficulty to be offensively potent. Despite having good scorers like Eric Dawson, Reil Cervantes, and Carlo Lastimosa, the Elite just haven’t been able to be consistently effective on the offensive end. That certainly has to change here as the Gin Kings will not be shy about pouncing on Blackwater’s offensive woes.

– Eric Dawson has been doing a lot of things for Blackwater, but what they really need him to do is score a lot. He’s been having a hard time doing that based on Blackwater’s last two games, and he’s definitely due for a breakout. If he does that here, Ginebra could be in trouble.

– Jerick Cañada broke out in a big way in Blackwater’s win over Star, but he laid a big fat egg in their loss to ROS. He is an integral part of Blackwater’s backcourt, and they cannot afford for him to be unproductive. He has to assert himself on both ends or else Blackwater may get left behind early.

– Both Aguilar and Erram are tall, long, and athletic big men, and their match up should be one to watch here. Japeth has been solid this conference, filling in for Greg Slaughter, while Erram has picked up his production after a disappointing first game. Whoever can assert himself in the paint here should give his team a big boost.