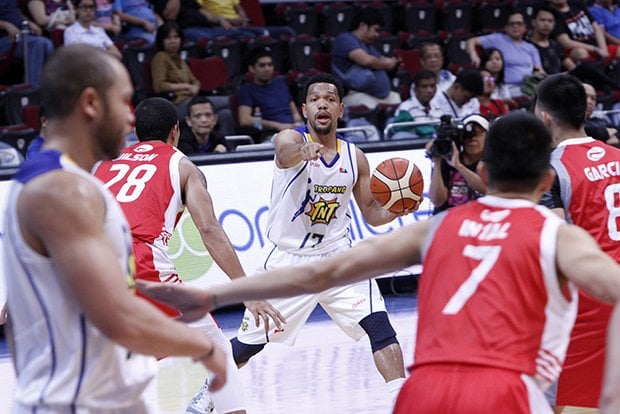 The TNT Ka Tropa have been amazing so far, winning all five of their games heading into this match with PHX, who haven’t been too shabby as well, winning their last two games after a slow start to the conference. These teams on hot streaks are on a collision course here, and the big questions is whose streak will get cut and whose will go on?

Despite having an immaculate record, TNT has had to win very tight games. That is, until their last game against BLA, whom they beat big time, 109-89. They have to ride that momentum hard heading into this encounter with PHX and hope to win here as well because that should give TNT a lot more confidence as they have a punishing 4-game stretch to end the elims against GLO, SMB, STA, and GIN.

PHX, meanwhile, is hoping they can extend their 2-game winning run, especially now that they’re within striking distance of the top half of the team standings. A win here puts them into a tie with NLX and just one spot shy of making the top six in the league table.

These clubs have split their season series so far. PHX (then Barako Bull) beat TNT in the PHL Cup, but TNT was able to get payback in the COMM Cup. Whoever wins here, wins the season head-to-head between these two teams.

1. AMMONS WITH A LOT OF AMMO
– Mychal Lemar Ammons may not have dominated in terms of scoring in his PBA debut, but he showed a big bag of tricks nonetheless. He ruled the boards with 18 rebounds and also blocked 2 shots as TNT got a dominant victory. If the 6’6 American can continue playing like that, TNT should be in great shape against PHX.

2. MADANLY MAKES IT RAIN
– Two Asian imports have left the conference for different reasons, but it sure looks like Madanly is here to stay. The Syrian hotshot seems to have found his sweet spot with TNT, and he showcased his smooth shooting stroke in their last game, hitting 3 triples en route to 15 points off the bench. If Madanly can keep on shooting well, this will be an uphill climb for the Fuel Masters.

3. TNT: KINGS OF REBOUND
– The rebounding battle against BLA was heavily one-sided as TNT outworked their foes on the boards, 68-38. Behind the efforts of Ammons, Troy Rosario, Ryan Reyes, and Kelly Williams, TNT was just dominant on the glass and made BLA pay with 2nd chance points, too. That’s something PHX has to watch here if they want to stick with Ka Tropa.

4. HUGE-ENE CONTRIBUTION
– Eugene Phelps has been nothing short of a godsend for PHX. He dropped 52 in his debut vs GLO and followed that up with a 20-20 game in their win over MAH. Phelps will have his hands full against Ammons and the rest of TNT’s deep frontcourt, but if the 6’7 California native can continue playing efficiently and imposing his versatility, then PHX has a good shot here.

5. BAGUIO BACK IN THE GROOVE
– Baguio has struggled for the most part this season, but it seems like getting shipped to PHX has actually done him good. The 36-year-old birthday boy has a lot of miles on those legs, but he still finds a way to be productive. He had a season-high 22 points in their previous game, and if he can just remain aggressive and productive in this game, then he’ll surely be a big boost to PHX’s chances.

6. PHX: BRUISED INTERIOR
– PHX may have won against MAH in their last game, but they were badly bruised in the interior. MAH grossly outscored PHX in the paint, and that’s something they can ill-afford to happen here against TNT given how Ka Tropa are very deep up front and around the basket.

7. KEY MATCH-UP: TROY ROSARIO X MARK BORBORAN
– Rosario and Borboran are both very versatile frontliners. They have great size and length, they can finish around the basket, and they can also nail it from long distance. Rosario is much younger, though, and he has been playing like a man possessed of late, which means Borboran will have his work cut out for him to try and limit the former NU Bulldog.