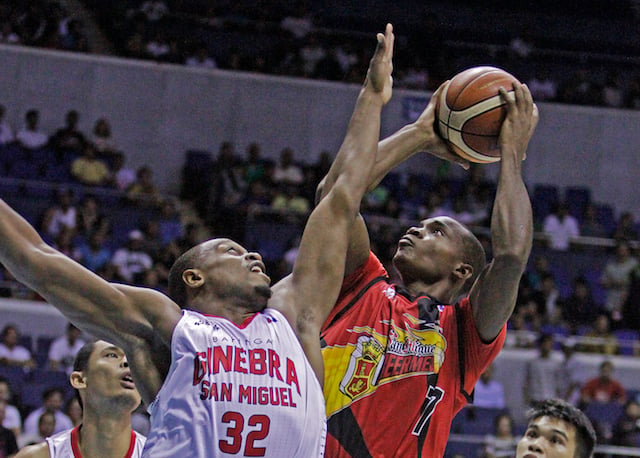 Not even a late surge and a triple-double from Elijah Millsap could carry San Miguel past Ginebra in Game 1 of its best-of-five semifinals in the 2016 PBA Governors’ Cup.

But the returning import made it clear the Beermen are not pressing the panic button yet.

“It’s a series,” he said, as he finished with 29 points, 14 rebounds, and 11 assists. “My team came out electrifying, we came out hitting on all cylinders.”

San Miguel led by as much as 13 in the first half, but the Gin Kings soon caught up, catching the Beermen by surprise in the fourth quarter as they zoomed ahead to a 12-point lead, 92-80 with 8:35 left to play.

Millsap admitted that those miscues were the team’s undoing, taking responsibility for the way San Miguel relaxed in the second half.

“I wanted to sit back and relished on that, but I think I picked it up too late. I take the blame,” he said.

Coming in late in the eliminations, it’s a given that the PBA style would be an issue for the 29-year-old.

But he said it’s not really that of a big deal, though he wished he could have been with the team earlier.

“I’m adjusted to the style of play. It’s just the certain things that you get to work on when you go through for a full season or a training camp, things like fundamental defense and learning different tactics in the defensive end, learn all the plays that I’m struggling with and picking it on the fly,” he said.

Millsap also vowed to fare better the next game.

“I’m going to be more aggressive. Like I said, my teammates came out shooting the lights out. They played amazing. I never played amazing, but it’s all good. It’s just Game 1, it’s a series.”

Game 2 is on Wednesday, still at the Big Dome.