Cone: ‘We never had an answer’ 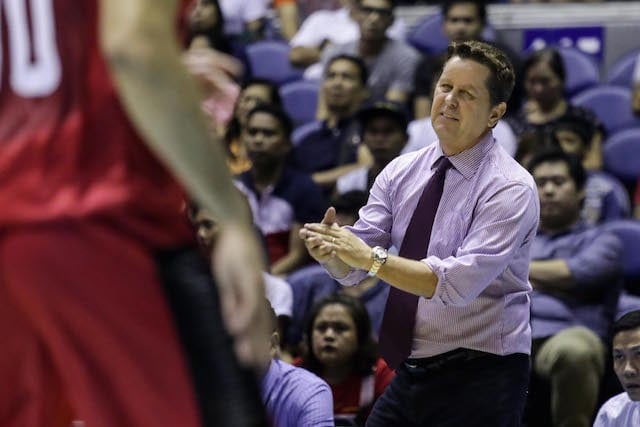 San Miguel Beer came out firing on all cylinders from the get-go and Barangay Ginebra didn’t know what hit them.

That was how Gin Kings head coach Tim Cone summed up his team’s blowout loss in Game 4 of their best-of-five semifinals series on Sunday.

“They came out firing and just never let up, we never had an answer the whole game,” said Cone at Smart Araneta Coliseum. “I don’t know if I can point one part of the game or another, they just dominated us.”

San Miguel was at its best in the second quarter, where it limited Ginebra to just seven points and scored 25 of their own led by the hot shooting of swingman Marcio Lassiter, who exploded for a team-high 25 points.

Lassiter shot the lights out in that pivotal period, firing the Beermen’s first 11 points, including three straight 3-pointers. He singlehandedly outscored the entire Ginebra team in the quarter with 14 points.

Ginebra, which was scoreless in the first eight minutes of the second period, shot a disastrous 29 percent from the field and got out-rebounded 66-44.