Ginebra made the hustle plays in Game 2 win, says Brownlee 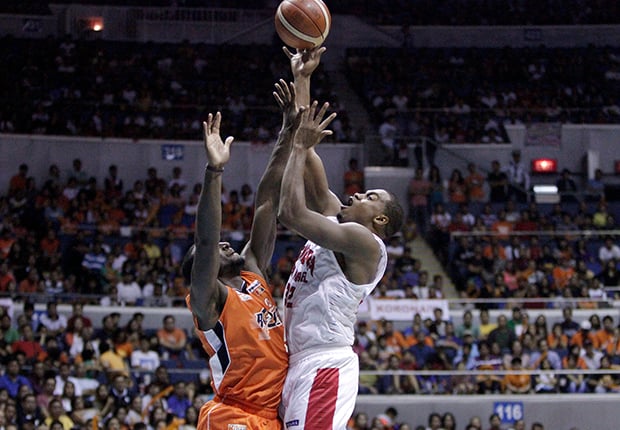 Talk about a change of fortune.

A couple of nights after Meralco bullied Ginebra, it was the Gin Kings turn to impose their will on the Bolts in Game 2, beating them to the much-important hustle points as their import Justin Brownlee put it.

Ginebra evened the best-of-seven series of the PBA Governors’ Cup Finals at 1-1 on Sunday and Brownlee said they had to be aggressive in all aspects of the game if they would get any chance of taking one home.

Ginebra had a slim 49-45 rebounding edge over Meralco, 15-11 in the offensive glass, but the Gin Kings made good use of those extra possessions.

Brownlee and company had 21 second-chance points, 19 more than the Bolts.

Meralco’s 16 turnovers were also prime scoring chances for the Gin Kings as they turned those miscues to 20 points.

Game 1 was just horrible for the Gin Kings as the Bolts shocked and outworked them with 27 second-chance points as compared to just seven for Ginebra.

“Last game they beat us to a lot of hustle plays so we knew we had to be aggressive to each and every aspect. Tonight, I think we showed that we were the aggressor.”

Brownlee also bounced back from a subpar Game 1 outing and outplayed his counterpart Allen Durham. He wound up with 32 points and 12 rebounds on the night he finished second to Durham for the Best Import award.