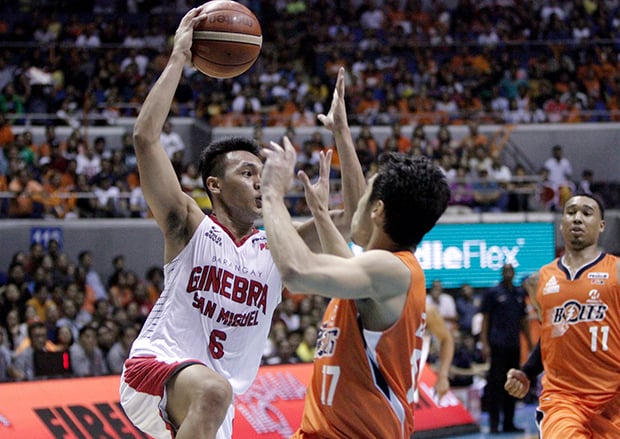 When Jayjay Helterbrand started his career in the PBA, his now teammate Scottie Thompson was just entering first grade.

And 16 years later, the two are now sharing the court with Thompson appearing to be the heir apparent.

On Friday, however, Helterbrand gave a performance that left his young ward at awe.

Helterbrand, who played just eight minutes the whole series coming into Game 4, was put in the game at the start of the fourth quarter with Ginebra trailing Meralco, 74-58, and the 2009 MVP proceeded to work his magic.

He scored all of his 11 points in the fourth quarter and went a perfect 4-of-4 from the field, and capped off the Gin Kings’ 21-2 frenzy with a triple to give them a 79-76 lead.