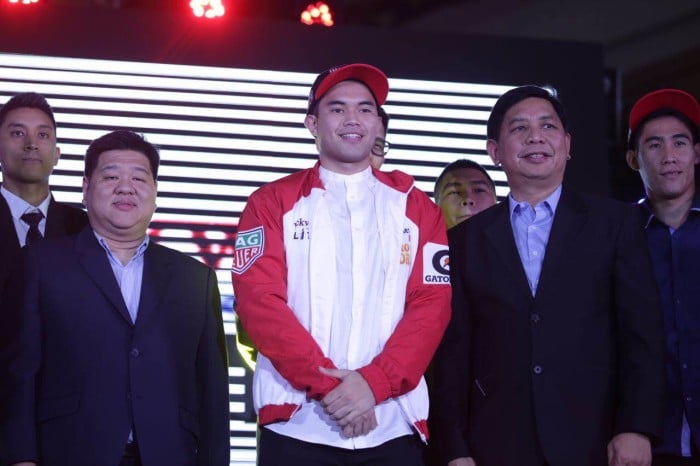 The 23-year-old guard from Hope International University – California impressed a lot of scouts during the two-day Draft Combine showing his abilities as one of the field’s elite wingers.

Banal, who is the son of former PBA coach Joel Banal, will be joining an Elite squad which already has Mac Belo and Art dela Cruz as their cornerstones for the future.

San Miguel got Rashawn McCarthy at sixth, Meralco got Jonathan Grey at seventh, and NLEX nabbed Reden Celda at eighth.

Rain or Shine passed on its selection, while 6-foot-11 Jericho de Guzman went to Ginebra at 10th.  Alaska also passed on its pick while Phoenix completed the first round with the selection of Jeff Javillonar also out of NU.

Jan Jamon was picked by Mahindra in the third round, Spencer Eman went to GlobalPort, Ryusei Koga was picked by Meralco, and TNT nabbed Tim Habelito.

Mahindra also got Paolo Pontejos in the fourth round, while Mikee Reyes and Levi Hernandez both went to TNT to wrap up the draft.

Overall, 37 of the 53 aspirants were drafted.

The undrafted hopefuls can still find a PBA team as part of the free agent pool.