Cone on passing up on Jalalon: Ferrer’s the guy we’re looking for 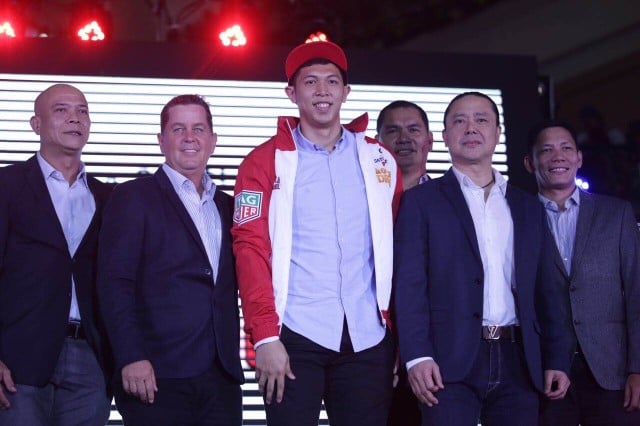 As much as Tim Cone would have loved to build a second installment of “The Fast and The Furious,” the Barangay Ginebra coach said picking forward Kevin Ferrer over guard Jio Jalalon boiled down to addressing the Gin Kings’ needs.

Fans clamored for a Jalalon team up with Scottie Thompson in what would be a young version of the team’s iconic tandem of Mark Caguioa and Jayjay Helterbrand, who are already nearing the end of their celebrated careers.

“It becomes to us, ‘What do we do with [Jalalon]? What do we do when we play him with LA (Tenorio), Scottie, and Jayjay (Helterbrand)?’ We’re just overloaded,” Cone said Sunday during the 2016 PBA Rookie Draft at Robinsons Place Manila.

“From a coaching standpoint, in terms of chemistry, you don’t want to overload the talent in one position. Then it becomes a competition between great players and you end up sitting your great players on the bench instead of having them on the floor,” he added.

“So our fear with getting someone like Jalalon was he would have to share time with LA and Scottie and they all share time, and you got great players sitting on the bench and you don’t want to have that.”

Still, that doesn’t discount Cone’s elation with the Gin Kings’ selection of Kevin Ferrer from the Gilas round as they addressed their urgent need in the wing position for a three-and-D forward.

“I made it clear that that’s the guy we’re looking for. But I wasn’t sure we were going to get him, so when they called back to say we got him, I was very happy,” he said. “Ferrer really fills out a role for us, something we can see.”

The two-time Grand Slam-winning mentor is also hoping that this rookie selection, especially with the Ferrer acquisition, would help Ginebra sustain its run at the top this upcoming PBA season.

“We hope we can win some championship with him,” he said.