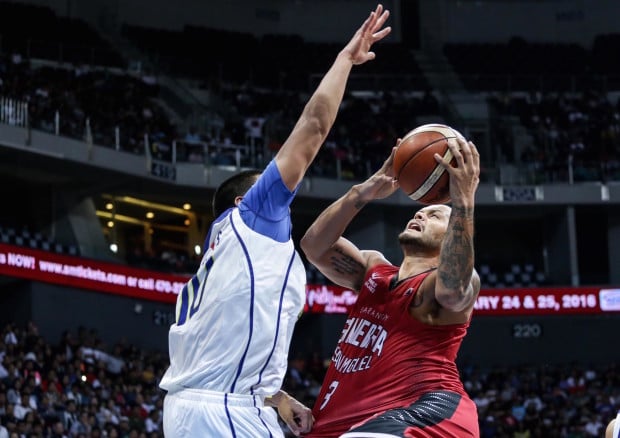 Four weeks after its first title run in eight years, Barangay Ginebra makes its keenly awaited return Sunday, taking on TNT KaTropa to kick off its campaign in the 2016-17 PBA Philippine Cup before an expected good crowd at Smart Araneta Coliseum.

Coach Tim Cone hopes they get over first-game jitters early as he expects a tough grind against a TNT side playing its second game in the season.

“Hopefully, we get going right away as you can’t bear TNT without your ‘A’ game. I think we’re all looking forward to getting this thing started,” Cone added.

From their Governors Cup championship, the Gin Kings are coming back with a lineup souped up by new acquisitions Kevin Ferrer, Jericho de Guzman, Raymon Jamito and Paolo Taha.

Ferrer and Taha provide added firepower and instability at the backcourt while De Guzman and Jamito supply added ceiling and muscles at the paint on the continued absence of 7-foot-1 center Greg Slaughter.

LA Tenorio, Mark Caguioa, Jayjay Helterbrand, Scottie Thompson, Sol Mercado, Joe Devance, Jervy Cruz and Dave Marcelo, vital cogs in their conquest of Meralco in the Governors Cup finale, are all coming back to help Ginebra in a quest for a rare successive title runs.

The franchise has achieved back-to-back championships in the 2004 Fiesta Conference and 2004 Philippine Cup under coach Siot Tanquingcen.

Cone is nothing new either to winning successive crowns, having achieved nothing less than grand slam championships with Alaska and B-Meg/Star.

The initial goal is to get a triumphant season start versus the KaTropa.

Minus Jayson Castro who’s still in the process of getting into shape, the Texters suffered an 87-101 beating at the hands of the Rain or Shine Elasto Painters Wednesday.