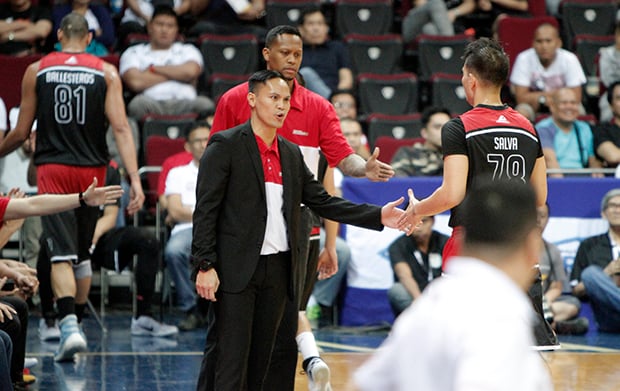 It seems Mahindra coach Chris Gavina has found the three men who will lead his ragtag troop.

After a heartbreaking 114-104 loss to Phoenix in the 2017 PBA Philippine Cup, Gavina said mainstay LA Revilla, and newly-acquired veterans Alex Mallari and Ryan Araña have to become his team’s leaders.

Gavina added his team has enjoyed the leadership Niño Canaleta and Aldrech Ramos in the previous season, a year where they were able to get to the Governors’ Cup playoffs, but the baton has now been passed to Mallari, Revilla, and Araña.

“Everyone can understand what we expect from them, because last year we were used to having KG (Canaleta) and Aldrech being our leaders and everybody just followed suit,” said Gavina as his team dropped to 0-3.

“So now everybody’s looking for a leader and for me it has to be LA, Ryan, and Alex, and everyone else has to establish their roles going forward.”

Mahindra was on the brink of an embarrassment when JC Intal slammed home a two-hander with 9:08 left in the game and Phoenix leading 105-75, but the Floodbuster mustered on and raced to a 21-0 run to cut the deficit to 111-104.

That run, however, was a case of too little too late.