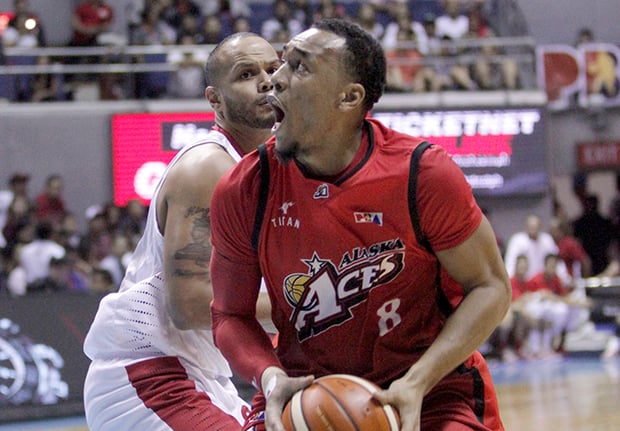 Alaska rode the momentum of its back-to-back wins over GlobalPort and Meralco, stretching its run to three games with a 101-86 rout of Barangay Ginebra in the 2017 PBA Philippine Cup at Smart Araneta

The Aces dished out an impeccable game and thoroughly dominated the Gin Kings to move up to joint third place with Blackwater, Rain or Shine, Star and TNT KaTropa at 3-2.

With a methodical defense and a torrid shooting, Alaska sustained the initiatives throughout and sent Ginebra reeling with a third loss against two wins.

Ginebra coach Tim Cone stayed just sitting on the bench after Alaska had pulled away with leads of over 20 points in the third period.

The Aces took a 59-44 halftime lead and zoomed further away as RJ Jazul opened the final half with a booming trey. The rout was effectively on from thereon.

Calvin Abueva and his teammates improved their stocks in the upper half of the chart with three successive wins after two losses to NLEX and San Miguel Beer.

Next up for the Aces is TNT KaTropa on Friday over at the PhilSports Arena in Pasig.

“I was a little surprised,” said Alaska coach Alex Compton of their emphatic win over the Gin Kings.

“But I really thought there were large stretches that our guys had tremendous defensive activity. We did a good job in the half court, scrambling and taking away their shots,” Compton also said.

The Aces made a big defensive killing in the third period, enabling them to build an 89-60 bulge going into the payoff period.

With the game wide open, Alaska reserves Marion Magat and Abel Galliguez came in and got their contribution.