Ferrer shrugs off career-high in Ginebra loss to Alaska 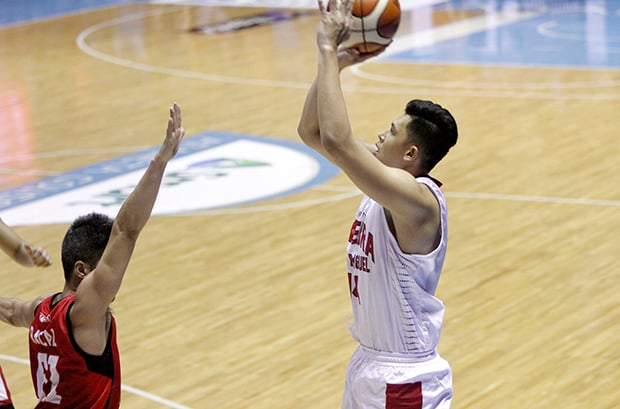 Kevin Ferrer may have found his stride against Calvin Abueva and Alaska, but overall, Barangay Ginebra’s offense was nowhere to be seen.

Alaska was hellbent on dealing Ginebra a nice Christmas present in the form of a 101-86 beating, and the rookie Ferrer was in no mood to celebrate his new career-high of 19 points.

Ferrer, who added four rebounds to his line, was the lone bright spot offensively for Ginebra as he shot a respectable 43 percent from the field including 45 percent from deep.

Japeth Aguilar also finished in double figures with 12 points but he failed to grab a single rebound.

“Yung depensa namin hindi ma-locate mga tao pag transition, so mag a-adjust pa ang team namin (Our defense can’t locate the other guys once they go in transition, so we still have to adjust),” said Ferrer.

The former Growling Tiger from University of Santo Tomas added he doesn’t necessarily have the green light to shoot from deep, he went 5-of-11 from rainbow country, but his teammates encourage him to take the open shots he gets.