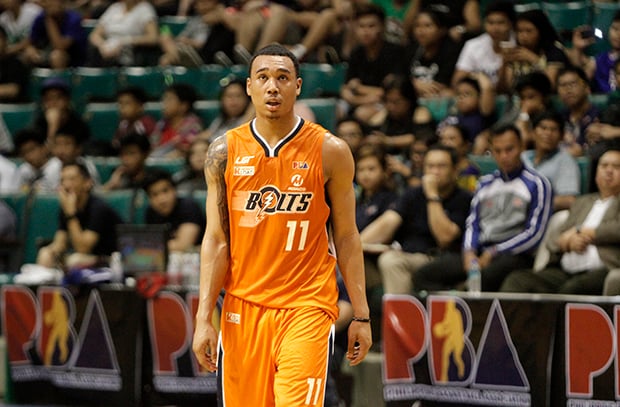 Chris Newsome, the PBA’s reigning Rookie of the Year, had a line to forget in Meralco’s 101-86 loss to defending Philippine Cup champions San Miguel as he put up a triple-double with one glaring statistical anomaly.

He had 16 points, 12 rebounds, but turned the ball over 11 times as the Bolts dropped their third straight game.

“It wasn’t the triple-double I like, that’s something that I understand and I take full responsibility as a player,” said Newsome Wednesday at Cuneta Astrodome. “I’m not one to throw my anything at my other teammates.”

Newsome’s miscues contributed to more than half of Meralco’s 19 turnovers, something the Beermen took to full advantage of as they converted 23 points off it.

Newsome has averaged six turnovers per game and has committed five in two separate matches, against Alaska and TNT.