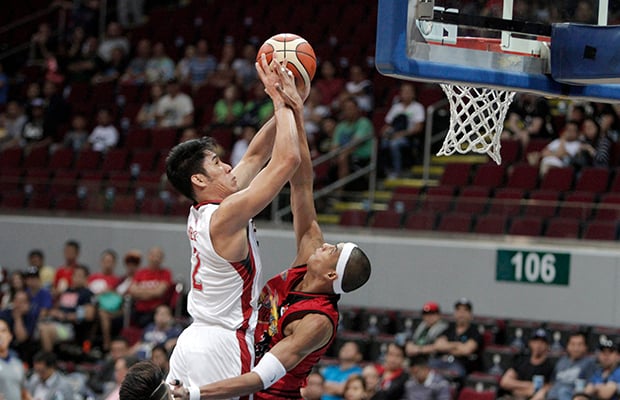 Belo was limited to just four points on 1-of-5 shooting from the field and Santos feels Blackwater was unable to get the most out of its forward on Friday.

(Mac was ok but earlier, it’s like he didn’t get enough touches. You can count the times when he got the ball. That’s something they should look at because the kid is talented. Coach Leo has the say on that, more plays for Mac Belo.)

With Belo silenced, the Beermen raced to a 29-point edge before cruising to a 25-point victory, their fifth straight win.

Santos believes that his fellow FEU alumnus still can show more than what he did in the duel, and it’s just a matter of the San Miguel defense working to a tee against the Elite.

(We prepared for them because we know they have a chance to beat us. We really played well in the first and second quarters, our offense and defense worked, that’s why we led early and they had a hard time recovering.)

Santos has no doubt Belo will make it big in the PBA.

(Yes, he can perform more. He’s averaging 17 points per game. It’s just earlier, it seems like they didn’t have a play, they’re playing one-on-one, so they badly wanted to win.)