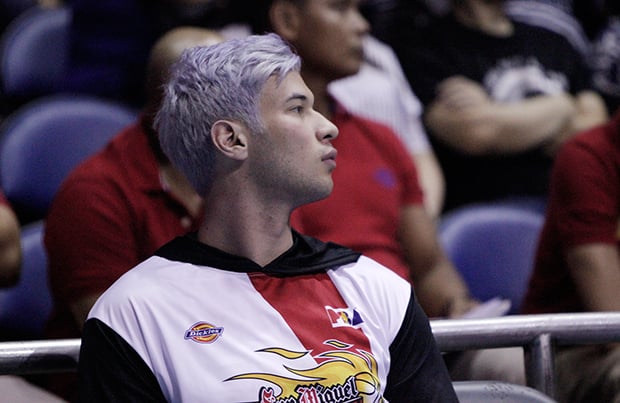 San Miguel and Blackwater’s tiff on Friday may be forgettable to some, but for Arnold Van Opstal, he will always remember the day as a huge part of his young professional career.

Reminded by his head coach Leo Austria to “be patient,” the former La Salle stud did and kept waiting for his chance.

And finally, it happened, with Austria fielding him with 2:35 remaining in the fourth quarter with the game already decided.

Van Opstal made the most out of his biggest break yet, showing his mettle in front of an adoring crowd as he finished with six points—his first points in the PBA—and a rebound in his short stint.

“He keeps on telling me to be patient and I am patient. I have a great group of guys here and it’s fun for me even if I’m playing or not, I’m still having fun cheering guys on,” he recounted.

The rookie is taking everything like a sponge as he learns from some of the top ballers in the league in San Miguel.”

“I’m just happy how humble the guys are. All these guys have names and they’re just so down-to-earth, they don’t have egos, so accepting and inviting. That was a learning process in the sense that the reason they’re so successful is because they don’t let their egos get in the way,” he said.

Though Van Opstal isn’t expecting much after his showing, he said he’s happy with where he stands, supporting the Beermen, who are shooting for their third straight Philippine Cup title.

“On the bench, I’m just having fun. That’s how basketball is supposed to be. When I’m on the court or not, I’m just here to give positive energy to the guys so we could come up with a win,” he said.

“Whether I get more minutes or not, it doesn’t matter to me. I love my teammates. They’re really cool guys. I’m really lucky to be on this team.”