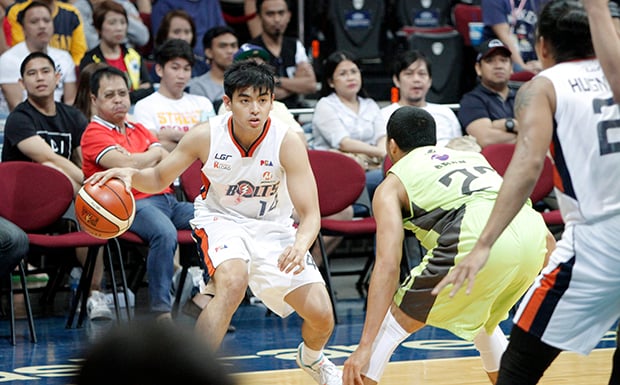 Consider it another wasted game for Meralco.

Though the Bolts still had silver linings in their 97-89 loss to Blackwater on Friday, what lingers in the players’ minds will be the defeat, which was the squad’s fourth straight.

And for rookie Jonathan Grey, he couldn’t help but feel disappointed for the missed opportunity for a reboot, as Meralco stayed at the bottom four with a 2-5 card.

(I don’t know. Every time we lose, that’s what they tell us, that it’s a learning process. That’s the only thing coach tells us. For me, I’m disappointed because I feel the chance given to me by coach is wasted. I’m thankful for coach Norman for chances like this so I’m disappointed that we’re not getting wins.)

Grey has every right to feel that way. He caught fire in the third quarter to bring Meralco back from a 16-point hole, just to see Terrence Romeo take over and snag the game for the Batang Pier.

The former St. Benilde star unleashed 10 of his 18 points in that third quarter fightback, to go with his six assists, but all of those efforts once again went down the drain.

Despite their woes, the Bolts coaches couldn’t do anything but remind their wards to stay the course as Black hopes that all of these hardships will eventually bear fruit in the long run.

And that’s exactly what Grey has kept telling himself as Meralco looks forward to its last four games this 2017 PBA Philippine Cup.

(The coaches and my teammates are just positive. They’re on. They told me, as long as I know my mistakes, that’s what’s important. So I have to know those weaknesses so we can improve on those things.)