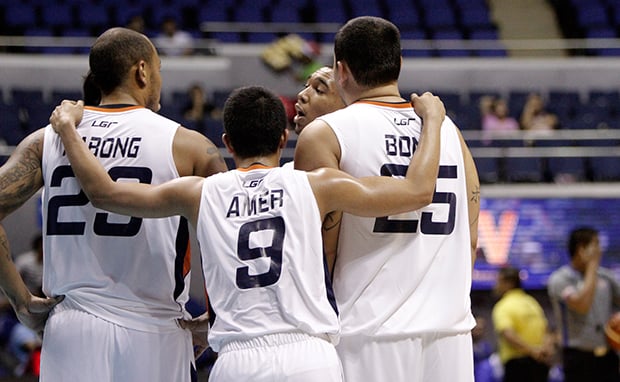 Mahinrda has snapped out of a disquieting skid in a big way and is now eyeing a second straight win that would push it back in the hunt for a playoff slot in the PBA Philippine Cup.

Meralco coach Norman Black hopes it would not be at his team’s expense when the Bolts and Floodbuster collide Wednesday at the Smart Araneta Coliseum.

The victor stokes its bid for inclusion among the top eight teams advancing to the quarterfinals following the 11-game eliminations while the loser will once again see its hopes flicker.

Mahindra fanned its campaign by pulling off a 97-93 overtime victory over Blackwater last Christmas, cutting short its five-loss start to the season-opening tourney and is sure to still be riding the momentum of that win despite the 17-day break.

For its part, Meralco is on a four-game slide capped by an 89-97 loss to GlobalPort last Friday.

“Another must-win for us,” said Black. “We just want to play better, keep improving and get a win. Offensively and defensively we need to raise our game to a higher level.”

Its latest loss dropped Meralco to a tie for 10th, one-and-a-half games out of the playoff race and just half-a-game ahead of cellar-dwelling Mahindra, so their matchup is practically one for survival.

“Mahindra is in the same situation that we are in so it should be a dogfight,” said Black.

One key is how their respective main men perform.

Alex Mallari is sure to lead the Flodbuster anew with Ryan Arana and Nico Salva eyeing to follow up their breakout performances against Blackwater that saw them combining for 33 points and 10 rebounds.

Cliff Hodge, Reynel Hugnatan and Jonathan Grey should be headlining Meralco along with Chris Newsome.