TNT, Star look to get back on track 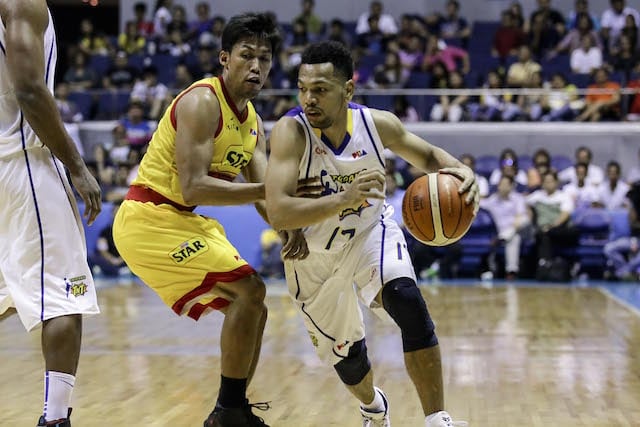 TNT KaTropa and Star clash in a weekend match at Smart Araneta Coliseum, both looking to bounce back from a heart-rending loss in chase of their quarterfinal-round bids in the 2017 PBA Philippine Cup.

The Texters pursue their Top Two aspiration while the Hotshots fight to keep spot in the Magic Eight as they mix it up at 6:45 p.m.

Coach Nash Racela and his TNT chargers try to forge a three-way tie at second place with the Rain or Shine Elasto Painters and the GlobalPort Batang Pier at 5-3 while coach Chito Victolero and his Star troops seek to create a heavy logjam at fifth place at 4-4.

The Texters are coming off a 98-110 upset by the NLEX Road Warriors in Angeles City on Jan. 7 while the Hotshots are returning into action after back-to-back losses to the Barangay Ginebra Kings (79-86) and to the Alaska Aces (90-97 in overtime).

Those were all numbing losses.

The Road Warriors had lost six games in a row when they finally regained bearing and pulled the rug from under the Texters.

The Hotshots, meanwhile, blew away a pair of opportunities to close out in regulation play their game against the Alaska Aces Wednesday.

They failed to recover in overtime, thus suffering a second straight loss at the resumption of the league from the holiday break.

Both the Texters and the Hotshots are still in search for their first win in 2017.

They figure in match much awaited for the Jason Castro-Paul Lee matchup.