Roi Sumang shows worth for Blackwater 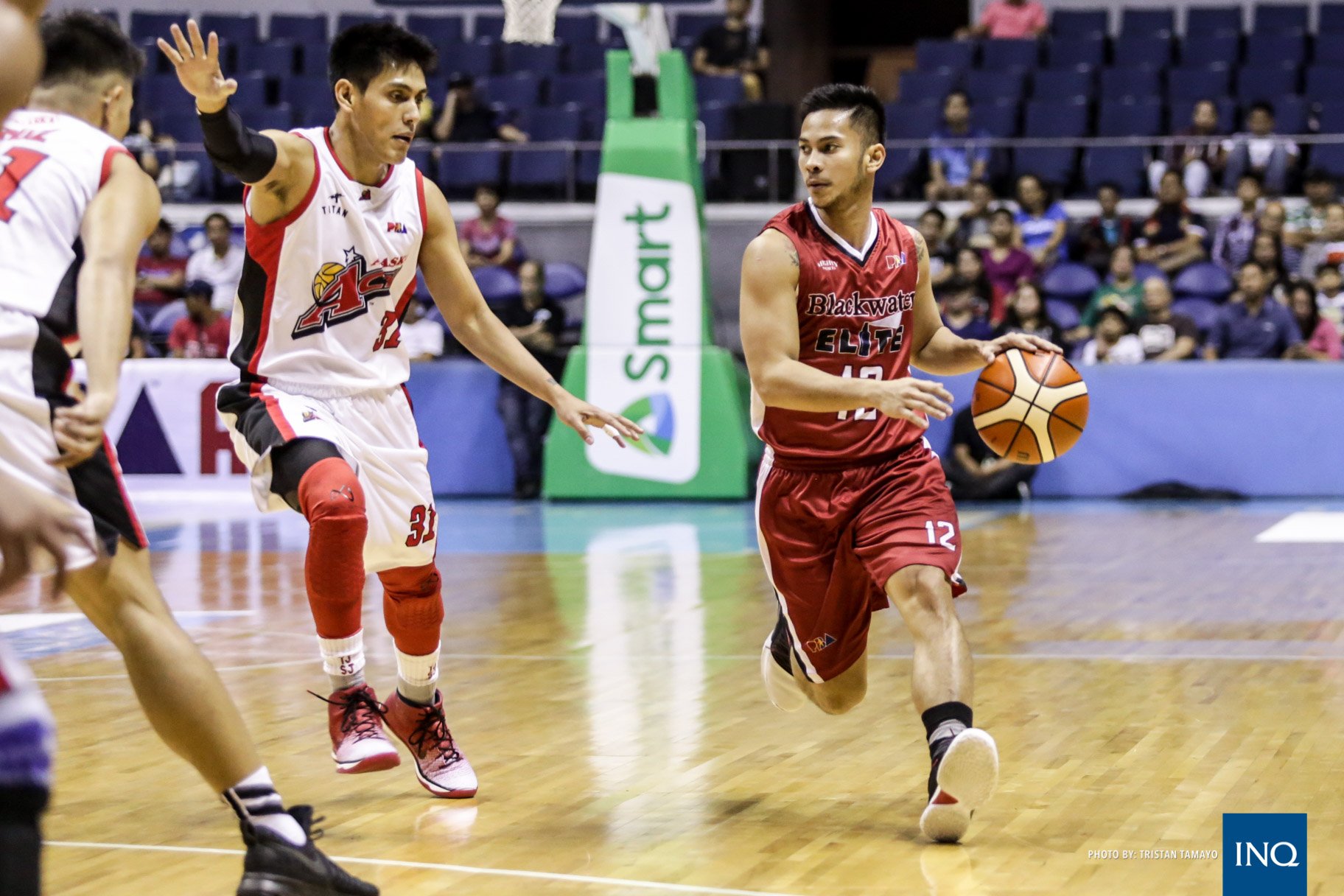 Roi Sumang waited for his time, and when it finally came, he made the most of it.

The speedy guard out of University of the East reminded every one what he’s capable of, taking charge late as Blackwater pulled off a 103-100 stunner over Alaska on Sunday.

“Coming off the bench, I just wanted to do what coach has been telling us, and that’s exactly what we did,” Sumang said in Filipino as he collected 19 points, three steals, and two assists.

Sumang said he got his confidence after hitting a 3-pointer at the end of the third quarter.

The Elite leaned on Sumang as they took a 92-78 lead midway in the frame.

And with JVee Casio and Calvin Abueva leading the Aces’ fightback, Sumang, once again, made the big plays as he scored six of Blackwater’s last eight points to seal the deal.

Sumang admitted he was motivated with Casio’s stellar shooting as he wanted to show that he can hang with the league’s elites.

“JVee is amazing. He’s one of my idols here in the PBA,” he said. “But coach just told us to not mind who our opponent is. We just had to do what we were tasked and the results speak for itself.”

But the Tondo-born guard acknowledged that it’s not every game that things will go his way.

“I’m fine playing off the bench because we all get playing time. I’m fine with it,” he said.

“We’ll just continue to work hard in our practices. We have to win in our next games so we can position ourselves in the playoffs.”

Blackwater (5-4) will face Ginebra next on Friday at Cuneta Astrodome before wrapping up its elimination round against Star on Jan. 25.