Player of the Week: Resurgent Sumang steps up for Elite 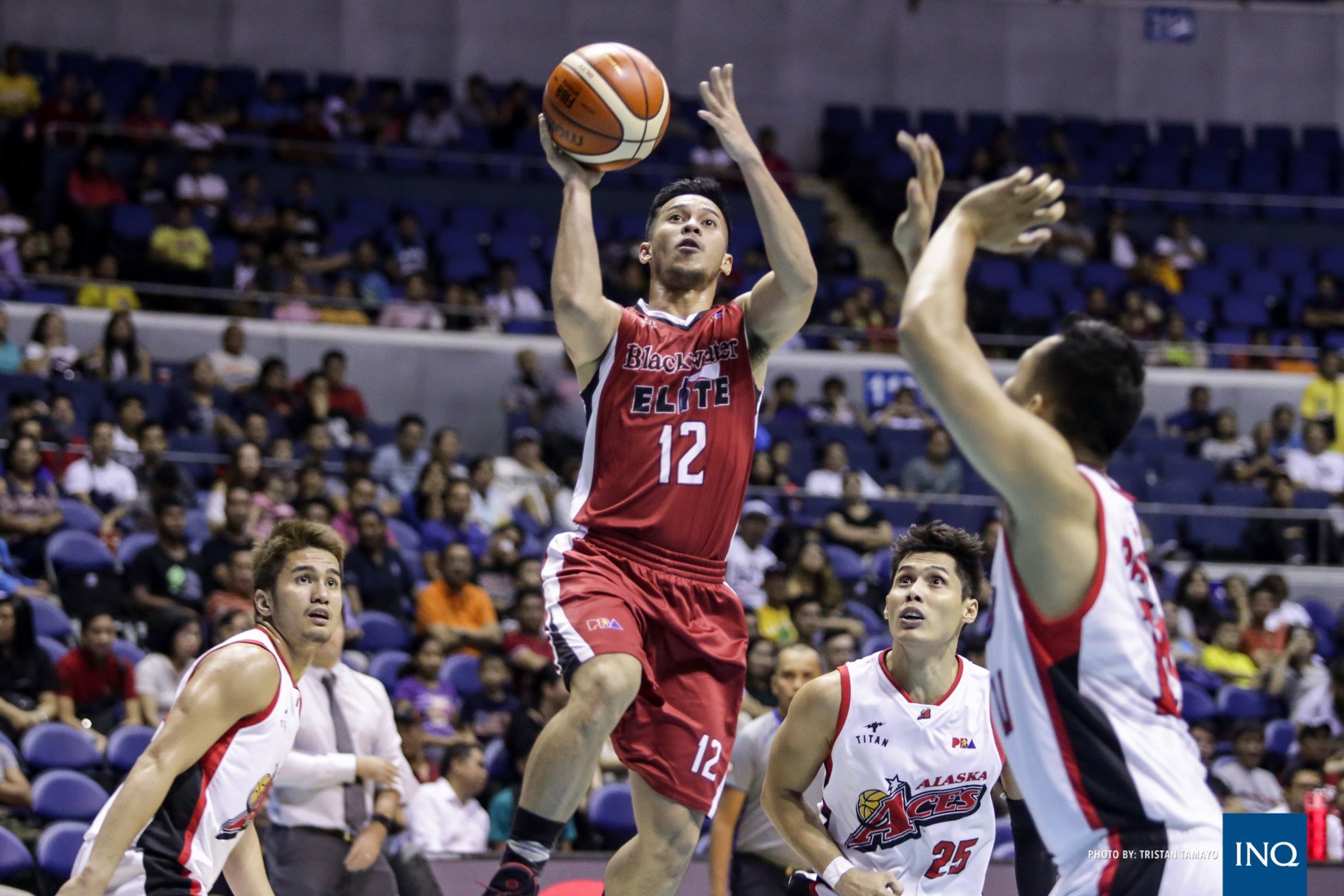 Roi Sumang is starting to show his true potential after spending much of his rookie season in obscurity.

Selected 27th overall by GlobalPort in 2015, the pint-sized Sumang only played 27 games in 8.4 minutes, producing underwhelming numbers of 3.4 points, 0.7 rebound and 0.7 assist with the GlobalPort Batang Pier and late in his rookie year, with the Blackwater Elite.

But the former University of the East star seemed right at home now with Blackwater.

Coming off the bench, Sumang provided the big spark, firing 17 of his 19 points in the second half as Blackwater pulled the rug from under fancied Alaska, 103-100, on Sunday for a franchise-best fifth win.

The 26-year-old Sumang showed quick hands and feet, attacking Alaska’s defense repeatedly with hard drive to the basket to help Blackwater establish a double-digit spread in the final period. Although the Aces came back strong, Sumang and veteran teammate Denok Miranda sank crucial free throws late in the game to seal the win.

But more importantly, the native of Tondo, Manila was a steady defensive presence after finishing the game with 3 steals, while issuing 2 assists to seal the win for Blackwater.

Although Sumang also took home the Best Player of game honors, the diminutive Blackwater playmaker vows to work harder in practice as the Elite shoot for a playoff spot in the All-Filipino conference.

Blackwater clashes with Barangay Ginebra this Friday, before closing its elimination round assignment against Star on January 25. (RD)