Quinahan gets win over Belga as former teammates face off 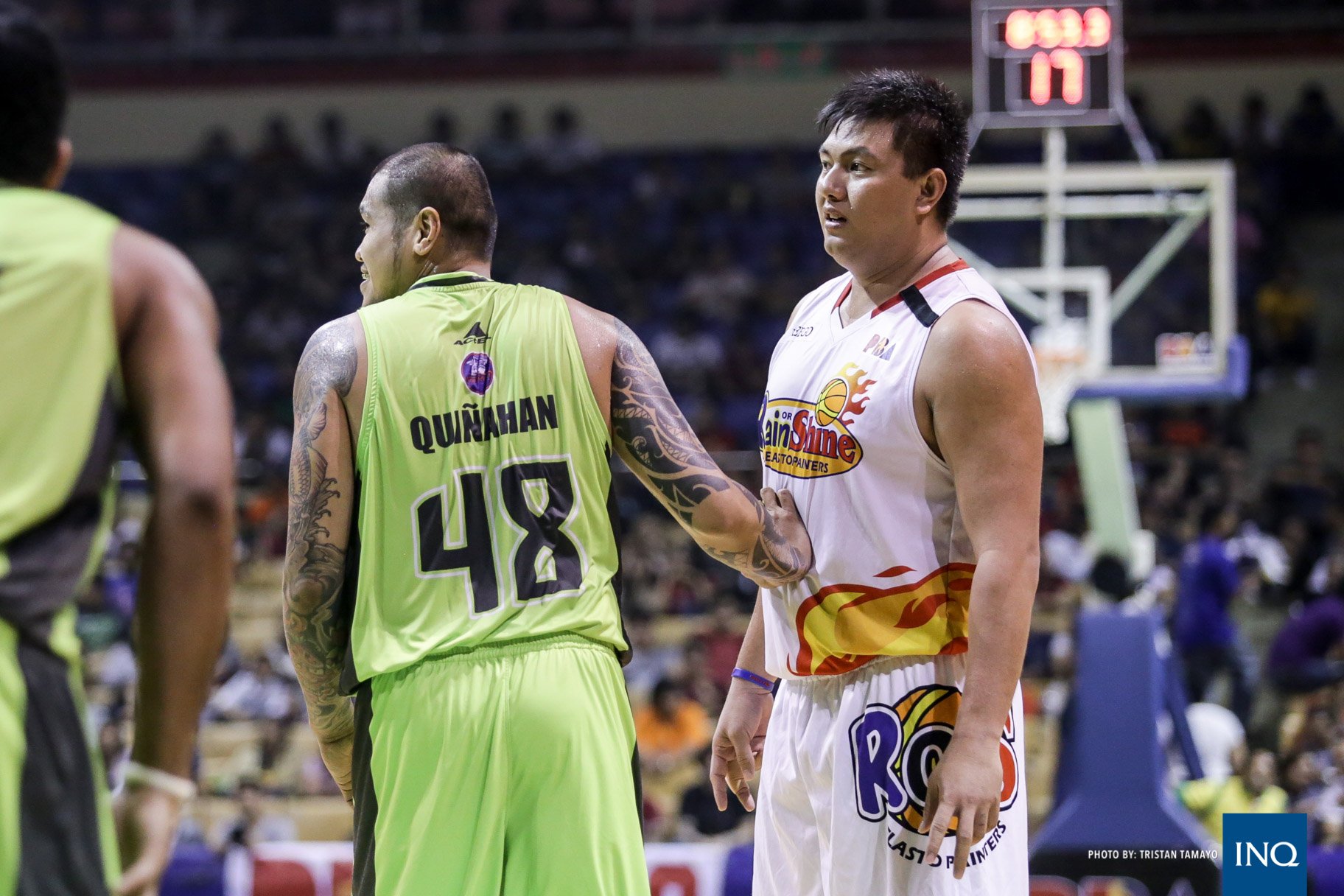 GlobalPort big man JR Quinahan expected a tough time heading into a duel with Rain or Shine on Sunday.

Bracing for a tight battle against his old team, he told his former teammate Beau Belga to take it easy.

Quinahan’s plea fell on deaf ears as he and Belga battled it out down low for the first time since their untimely split.

“It was expected that we’re going to duel in the paint,” said the Cebuano big man.

After a hard-fought game, Belga shared there’s no bad blood between the two teams, more so with him and Quinahan.

Quinahan and Belga may have parted ways, but just like when they were teammates, their goal remains the same, which is to do the best they can to contribute to their respective squads’ success.

Quinahan’s efforts proved to be enough as the Batang Pier booked a quarterfinals seat as they ended the eliminations with a 6-5 card.

“Our focus is to win the game for the playoffs because our standings are very crucial. I no longer thought about facing my former team, though I admit it was unusual,” he said.

Belga, meanwhile, is trying to keep a positive outlook as Rain or Shine gets another crack to punch a ticket to the playoffs when it faces Alaska on Wednesday.