Struggling Rain or Shine gets last crack at playoff spot 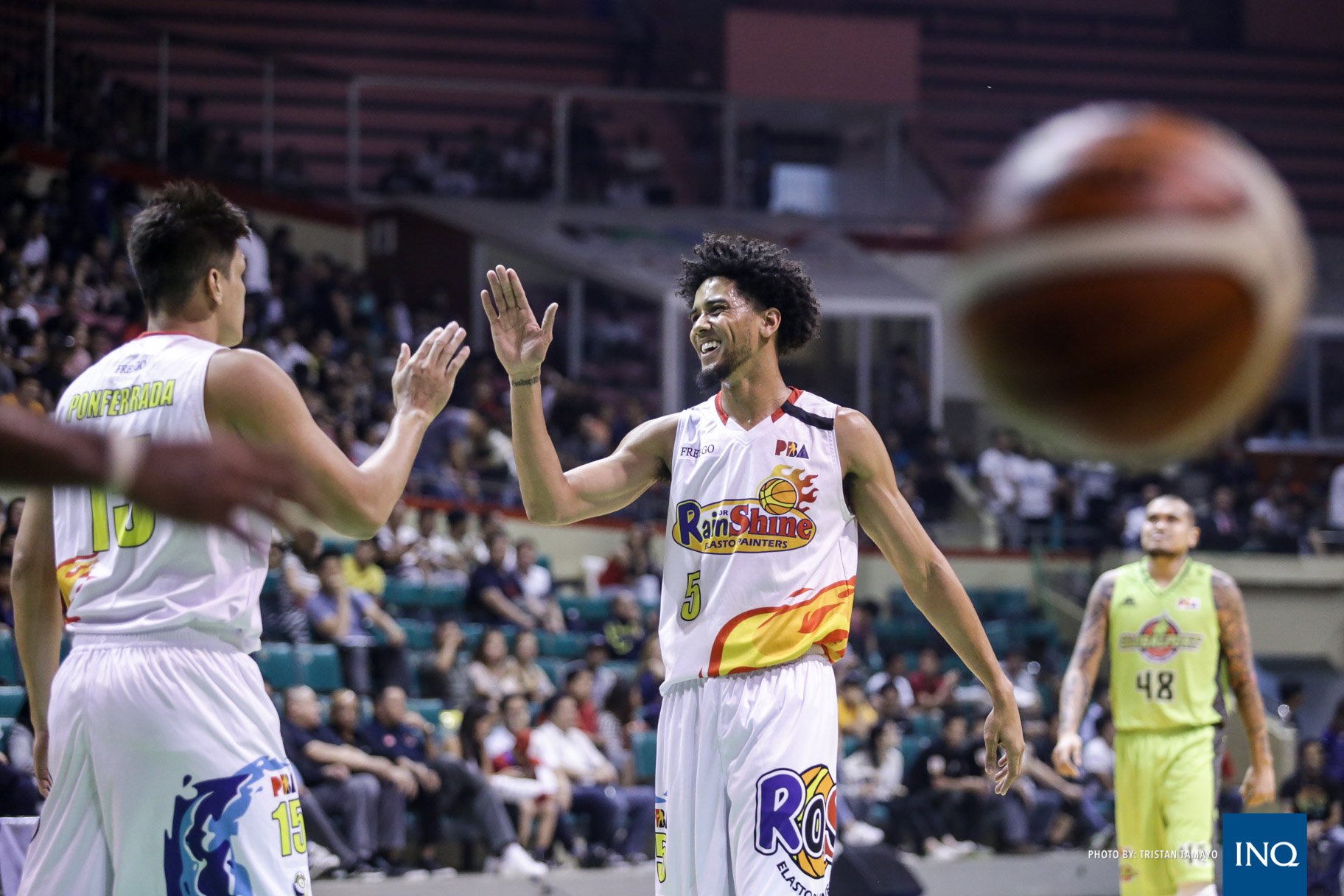 Perennial contender Rain or Shine finds itself on the brink of elimination after ending the 2017 PBA Philippine Cup eliminations with a 5-6 card.

With the Elasto Painters bowing to Alaska, 94-89, on Wednesday, it’s understandable that the players are now feeling the pressure.

“There’s definitely frustration,” said ROS swingman Gabe Norwood. “We struggled to get the ball up and they did a great job. Coach Alex (Compton) has always got them playing defense and they have a great bunch of guys who work for every shot, every pass, everything. It’s just that we struggled down the stretch.”

The loss was Rain or Shine’s fourth straight and it further compounded the team’s woes.

“Everybody’s disappointed. I’ve been in the PBA for three years, but this is the first time that we lost four straight,” Rain or Shine guard Jericho Cruz said.

The Elasto Painters had a chance to snap out of their funk, leading 86-75, with 7:15 to play before the Aces made a furious rally to steal the game.

It was a devastating defeat considering that Rain or Shine seemed to have finally solved its problems at least for three and a half quarters.

“Compared to our last games, I think we played harder,” said Norwood, who had 16 points, eight rebounds, and three assists. “I was definitely aggressive and it’s about time I had to be. There’s no other option, really. We have to be aggressive at this point, have to do a little bit more, and I’ve got to involve my teammates a little bit more. I’m happy with (my stats) but I’d rather take the win.”

Offense hasn’t really been the glaring problem for Rain or Shine during this stretch. On the end of the floor, however, is a different story.

From holding their opponents to just 88.9 points in their first seven games, the Elasto Painters have allowed their foes to score 100 points per game.

Rebounding has also taken a dip without Raymond Almazan in the lineup, as Rain or Shine dropped from 52.4 boards in its first five games to just 47.8 rebounds since the lanky big man’s absence.

More than anything, the players believe that for the Elasto Painters to make it to the playoffs, they have to revert to their old ways.

“We just got to trust coach’s system. We can’t be complacent at any given time. We just follow what coach has been telling us. We’re still learning. Maybe we’ll get this God’s time,” said Cruz.

“We have to be smarter down the stretch and we got to get it right pretty quick. Everybody’s pretty down but, at the same time, we’re not out. That’s kind of the mentality we have right now,” Norwood said.

Despite its struggles, Rain or Shine has one chance left to salvage its conference as it takes on Blackwater in a knockout for the last quarterfinals slot on Friday at Smart Araneta Coliseum.

“That’s what we live for,” said Norwood. “Games like that see how much of a pro you are. I hope everybody shows up and be ready to play, try to get the win on Friday then be ready for Sunday.”

“If we win against Blackwater, we’re hoping that our momentum will be just like our first five games,” Cruz said.