Star hopes to sustain momentum vs Phoenix in playoff opener 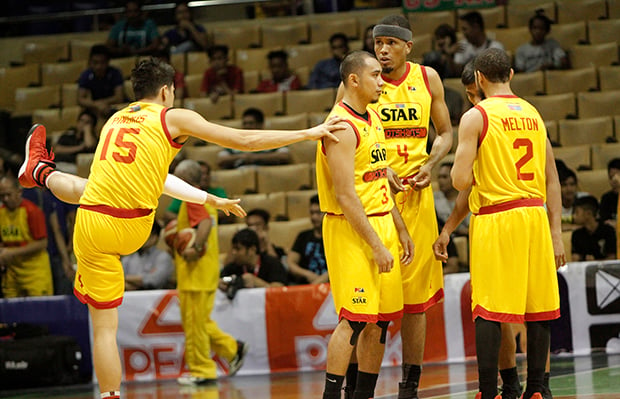 The Star Hotshots, in their strongest showing since their grand slam run in 2014, and the Phoenix Fuel Masters, dangerous against anybody in their good night, start their PBA Philippine Cup best-of-three showdown at Mall of Asia Arena in Pasay City Saturday.

Game time is at 5 p.m. with the Hotshots setting out the odds-on pick being the second hottest team at the moment after San Miguel Beer.

They ride the momentum of a scorching four-game streak as they try to gain the crucial head start in the short series.

“We need to be consistent on our effort and desire. It’s playoff time so we need to raise the level of our game, but of course I trust my players especially my veterans. They know what to do in this kind of situation,” said Star coach Chito Victolero.

The Hotshots showed lethal form in all their seven victories in the elimination round, including against the Fuel Masters whom they blasted, 123-79, last Dec. 10.

It’s actually Phoenix which is more inconsistent, blowing hot and cold in its 6-5 elims showing.

Nonetheless, the Fuel Masters are hopeful in their quarters showdown with the Hotshots.

They intend to fight the Hotshots possession for possession with much focus on the defensive end.

For sure, Allein Maliksi will be a marked man after his hot explosions in their last three games. But then the Fuel Masters will also have to defend against Paul Lee, Aldrech Ramos, Mark Barroca, Jio Jalalon and Justin Melton.