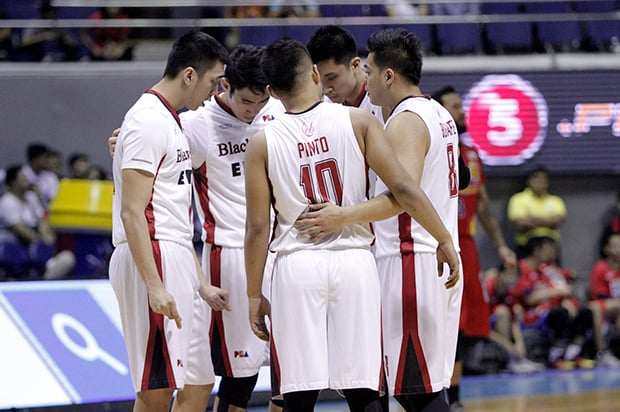 After failing to make the 2017 PBA Philippine Cup playoffs following a 103-80 loss to Rain or Shine on Friday, Blackwater still managed to keep its head high.

Art dela Cruz said if there’s anything the Elite can take away from this conference, it’s that the team can stand toe-to-toe against fancied foes.

“For a young team, we made a statement that we’re no longer the whipping boys,” he said.

“We’re thankful that in a way, we were able to fight and I hope we learned a lot. We just wanted to prove that we’re no longer just a losing team who they can afford to not scout.”

Blackwater started the conference with a 4-2 record but dropped five of its next six games to crash out of the quarterfinals race.

Dela Cruz said Blackwater’s bid took a turn for the worse after its loss to Mahindra on Christmas Day.

“It was a big thing for us. Whoever we fought, we always fallback to that loss,” he said.

Still, Dela Cruz doesn’t want to look at the Elite’s campaign as a waste.

“The first half of this conference will be a motivation for us. We thought that we still doesn’t have those finishing touches, and I hope this will be a learning for us. Hopefully, we continue in developing our confidence,” he said.

“We’ll try to move on from this and focus on the second conference.”