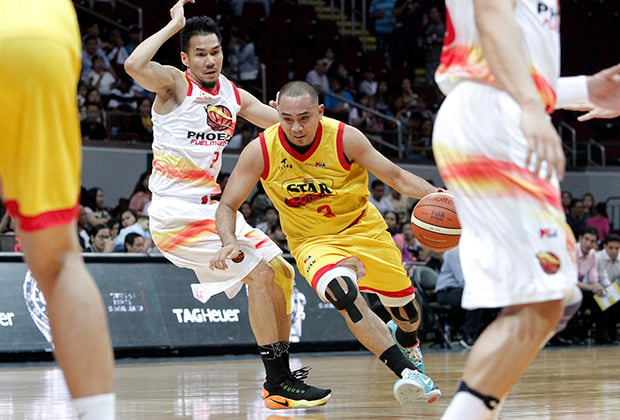 Star got its groove in the second half to pound Phoenix, 114-83, in Game 1 of their best-of-three quarterfinals duel in the 2017 PBA Philippine Cup Saturday at Mall of Asia Arena.

The Hotshots displayed their mastery of the Fuel Masters with their reserves leading a third quarter surge for a 82-63 lead.

Star’s first five picked it up from there, extending the lead to as high as 37, 110-73, with a Rodney Brondial putback with 1:55 remaining.

Paul Lee showed the way for the Hotshots with 22 points on 5-of-8 shooting from threes on top of four rebounds and four assists.

Marc Pingris did damage on the defensive end with 10 points, 14 rebounds, four blocks, and three assists.

“We were frustrated in the first half when (Matthew) Wright was getting hot, so that affected our defense. At halftime, we said that we have to start on our defense and focus on the little things and that’s exactly what we did. We started on defense and it’s all about our defense,” said Star coach Chito Victolero.

The victory wasn’t as dominating as the Hotshots’ 123-79 dismantling of the Fuel Masters last December 10, but it was vital as it moved them a win away from a trip to the semifinals

Matthew Wright scored 19 points while guard Karl Dehesa got 10 points in his debut for Phoenix.

Game 2 is on Monday at Smart Araneta Coliseum.