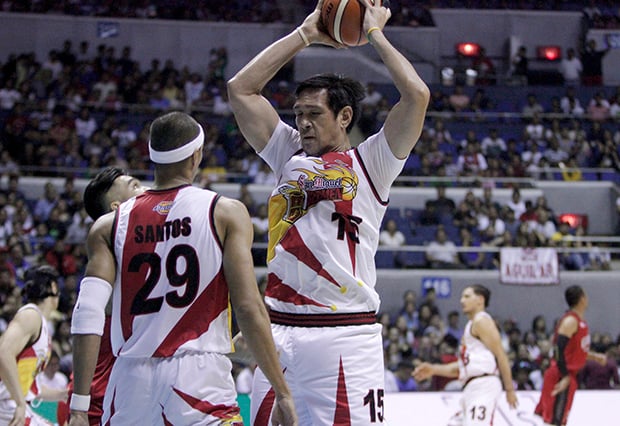 Despite San Miguel enjoying a twice-to-beat advantage in the 2017 PBA Philippine Cup quarterfinals, coach Leo Austria is fully aware that every team in the top eight is capable of upending the higher seeds.

“We have the twice-to-beat, but it’s not really a big advantage,” he said.

And Austria has every reason to feel so. This time last year, the Beermen found themselves down 0-3 in the Finals before pulling off a momentous comeback against Alaska to claim the throne.

That’s why he is so wary of the threat Rain or Shine presents to San Miguel when the two teams play on Sunday at Ynares Center in Antipolo.

The odds are stacked against the Elasto Painters but Austria said his Beermen won’t leave anything to chance.

“The players know how important the first game is. From the start, we knew that Rain or Shine is a contender. This is a dangerous team because they’re loaded and I’m sure they’ll have that sense of urgency because it’s an opportunity for them,” he said.

Aside from the twice-to-beat incentive, San Miguel will also parade a well-rested squad against a Rain or Shine side which will play its fourth game in eight days.

Rain or Shine center Raymond Almazan will still be out due to an injury, but he believes that his squad will still be ready for the challenge as the Painters seek to atone for their heartbreaking 107-100 overtime loss last January 13.

“Our bigs yung medyo limited. It’s going to be hard to guard June Mar Fajardo, but we’ll try to minimize his touches,” Garcia said. “As for the others, I think we’re ok naman. We’ll keep running lang so we’ll have a good chance. We have to stay positive about it.”