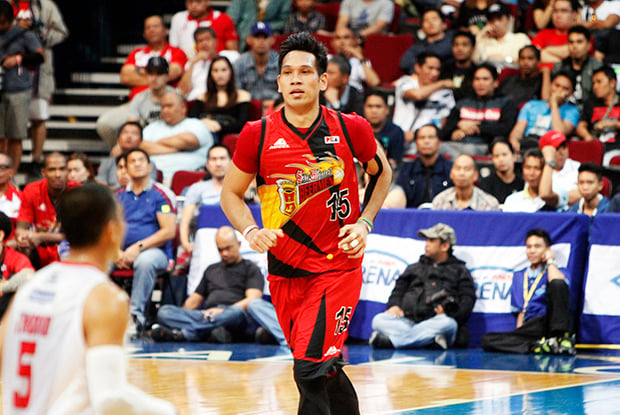 History beckons for three-time PBA Most Valuable Player June Mar Fajardo as he continues to rack up accolades.

If things stay as they are, the Cebuano giant is bound to win his fifth Best Player of the Conference award this 2017 PBA Philippine Cup.

Fajardo is currently leading the statistical points (SPs) race after the elimination round where he helped San Miguel clinch the top seed with a 10-1 card.

Fajardo is gunning for his fourth BPC in the all-Filipino conference and fifth overall, tying him with his mentor Danny Ildefonso.

San Miguel’s dominance has also been evident in the BPC race with three other Beermen making it to the top 10.

Arwind Santos sits in third with 34.2 SPs, followed by Alex Cabagnot in fourth with 33.4 SPs. Marcio Lassiter is in eighth with 30.5 SPs.