Phoenix fights for survival vs Star 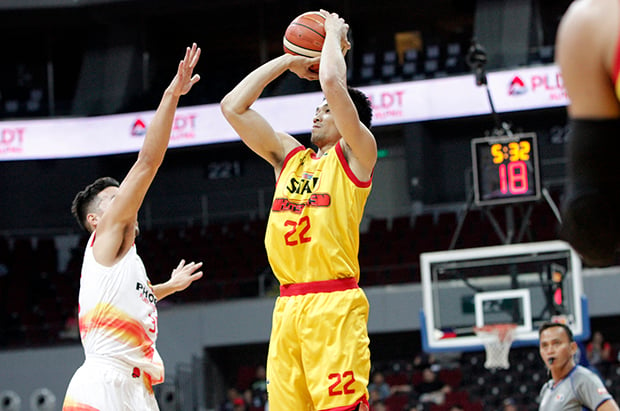 Star has been waylaying Phoenix for their past two meetings that a Hotshots sweep of their best-of-3 quarterfinals series is inevitable.

Fuel Masters coach Ariel Vanguardia agrees that his team is definitely the underdog, but that doesn’t mean that they’re just going to roll over and die.

That will be Phoenix’s mentality when it battles for survival against Star in the 2017 PBA Philippine Cup quarterfinals on Monday at Smart Araneta Coliseum.

The Fuel Masters took a 61-55 lead over the Hotshots at the half but weren’t able to sustain the play in the last two quarters.

“We didn’t execute anything in the second half. They are playing well in both ends and if we don’t execute and find ways to defend them, ganun yung magiging result. Hindi namin nagawa yung nagawa namin nung first half and that’s my fault. I should’ve reminded them to stick with the game plan,” said Vanguardia.

Hotshots coach Chito Victolero, meanwhile, said the goal is to stay the course as his team has been on a tear lately, demolishing their last five opponents by an average margin of 29.5 points.