Fajardo: Game 4 a ‘must-win’ for Beermen 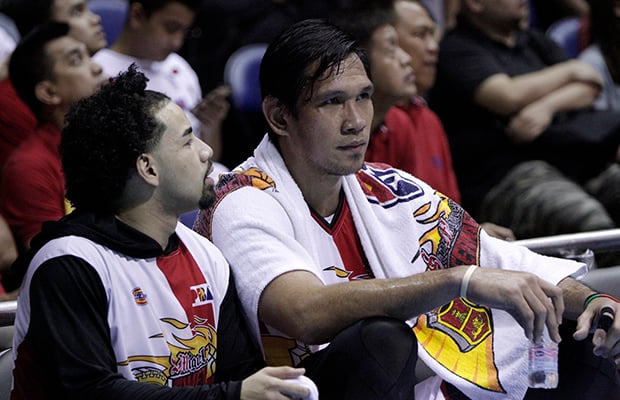 “I can feel that their defense is tightening up on me,” Fajardo said in Filipino.

Though the three-time PBA Most Valuable Player still normed decent numbers with 16 points, nine rebounds, and three blocks, just like in Game 2, his production wasn’t enough as the Beermen now stare at a 1-2 series deficit in their best-of-7 semifinals series.

“We had lots of lapses and turnovers, but still, we’re there and it was still a close game,” he said, as the Beermen committed 19 turnovers which led to 18 easy points for TNT.

But just like last time, the Cebuano giant is keeping the faith with his squad, saying that San Miguel has proven itself more than capable of fighting back despite the back-to-back losses.

“We’re still confident that we can bounce back and regroup from this loss,” he said.

The same goes with Fajardo’s teammates as they trust that the big man will be able to come through.

“I can’t really comment on the calls that were made, but the big man, he’s our big man and he should be able to get calls at the end. It just didn’t happen and he wasn’t able to get any calls. We’ll see what happens in Game 4,” SMB swingman Marcio Lassiter said.

Fajardo feels the next game is already a must-win for San Miguel.