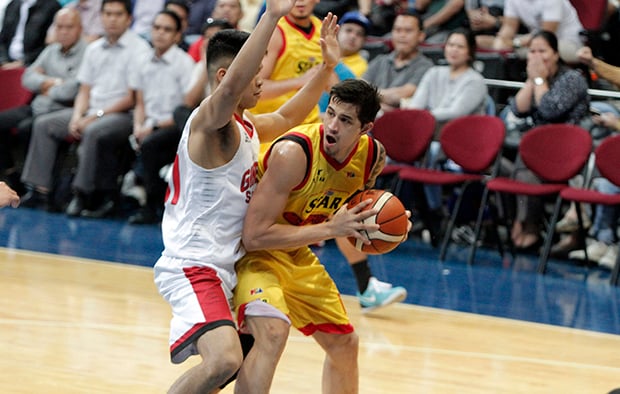 The Star Hotshots are still in the lead at 2-1 but the Barangay Ginebra Kings are back on the warpath promising an even more furious battle in Game 4 of their PBA Philippine Cup best-of-seven semifinals series at Smart Araneta Coliseum Wednesday night.

The two teams engaged in a slam-bang duel in each of their first three games, with Ginebra emerging victorious Monday, 73-62, in a tough defensive battle that went down as the lowest-scoring game in the season and over the last eight conferences in post-elims play.

The complexion of the series isn’t expected to change in the remaining games with neither team likely to alter their stand. Both teams were talking about defense on the eve of Game 4.

“I’d like to think this favors us, but they’re a great defensive team too,” said Ginebra coach Tim Cone. “I’m impressed on how coach Chito (Victolero) molded that team in terms of playing defense.”

For Victolero, a good sign was how his wards continued to fight even with the game in the bag for Ginebra in the final minute of Game 3. That gives the youthful Star coach the confidence that they can bounce backtonight.

“In terms of aggressiveness, energy and effort, I couldn’t ask for more from our guys. Maybe, the game was really for Ginebra,” said Victolero.

The Hotshots were ahead at 60-59 before miring down in a crucial scoreless spell in the next five minutes of the game leading to the end of their eight-game romp from the elims.

They credited Ginebra’s defense in holding Star to its lowest output in a game in almost nine years or since a 60-88 loss to the then Cone-mentored Alaska Milk team in the 2008 Fiesta Conference.

Star put up an efficient stand through the first 43 minutes of the battle before committing crucial defensive lapses and giving open looks pounded by the Kings.

“The last five minutes was about execution. They executed their defensive plays while we had our lapses. In two crucial instances, Sol (Mercado) and Japeth (Aguilar) were left open and they made their shots. That was the turning point of the game,” said Victolero.

Going with Ginebra’s win in Game 3 was the fact that Joe Devance is back.

The 6-foot-7 forward played 18:34 minutes and contributed key numbers with six points, six rebounds, one steal and one block against two turnovers.

Needless to say, Ginebra’s frontline has become stable on Devance’s comeback from a foot injury.

Somehow, he helped soften the impact of Marc Pingris’ huge 18-rebound and 12-point game.         Neutralized was Paul Lee, the standout in Star’s Game 1 and Game 2 triumphs.