Ross, SMB no letup in Game 7 win over TNT 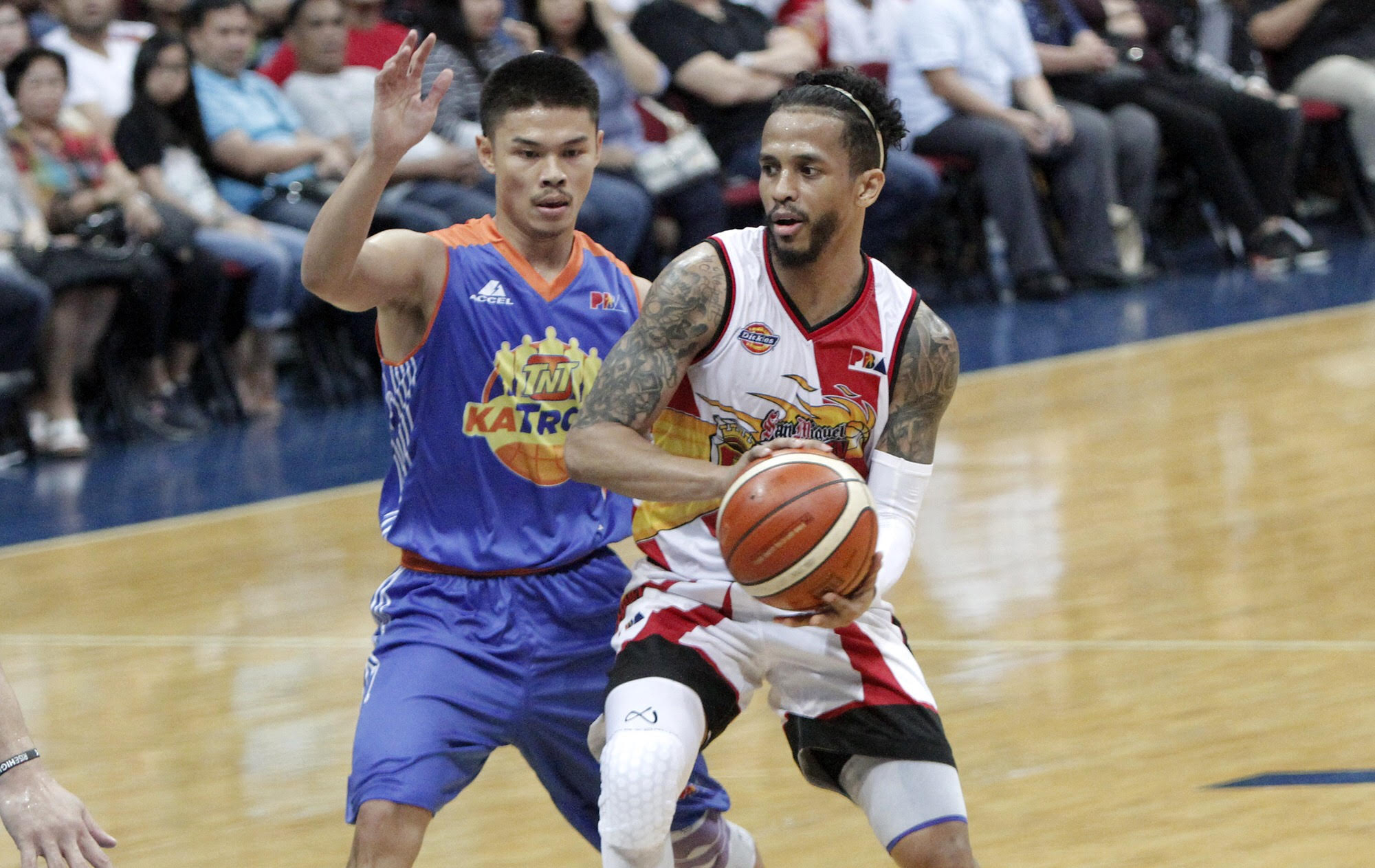 Heading into Game 7 of the PBA Philippine Cup semifinals against TNT, San Miguel Beer guard Chris Ross had no intentions of taking a breather, not even for a second.

It’s do-or-die and Ross doesn’t plan on having an early vacation.

“It’s Game 7. It’s Game 7. You gotta keep your horses out there. I told coach, ‘I’m good, I can play. I can play 48 if you need me.’ I’m sure the other starters said the same thing,” he said. “Coach has a set of guys that he’s comfortable with in Game 7s. It’s win or go home, so you go with your guys that got you here and luckily, it worked out for us.”

And after putting up a near triple-double performance to help the Beermen overcome the KaTropa, 96-83, on Monday night, Ross earned himself and his teammates a much-needed rest.

“We got four days of rest. Everyone will get some good food in them, get some good rest and get ready to go on Friday,” said Ross, who collected 18 points, six rebounds and 11 assists in 44 minutes and 28 seconds.

Game 1 of the finals tips off on Friday night at Mall of Asia Arena with San Miguel facing either Star or Barangay Ginebra. The Hotshots and the Gin Kings also went the full distance with their Game 7 to be played Tuesday.

The 31-year-old Ross said he doesn’t mind playing against either team.

Read Next
Injured Castro regrets blown chance to make finals
EDITORS' PICK
Speed up your game with the new vivo Y20s [G]
Metro Manila to have shortened curfew hours from 8 p.m. to 5 a.m. under MECQ
Philippines, US to begin 2-week joint ‘Balikatan’ exercises on Monday
‘NCR Plus’ to be under MECQ starting April 12 until April 30 — Palace
Pre-order the new vivo Y20s [G] to get a free TWS earphone
Pru Life UK receives four golden arrows for solid corporate governance
MOST READ
Stop ‘creeping occupation’ of ‘militia’ boats in WPS, Pacquiao asks China
Bea Alonzo clarifies status of her relationship with Dominic Roque
Convicted former aide of Sen. Bong Revilla dies — BuCor
Locsin to China: ‘Then move out’
Don't miss out on the latest news and information.