Hurting Devance steps up anew for Ginebra: 'I do whatever it takes'
Close
menu
search

Hurting Devance steps up anew for Ginebra: ‘I do whatever it takes’ 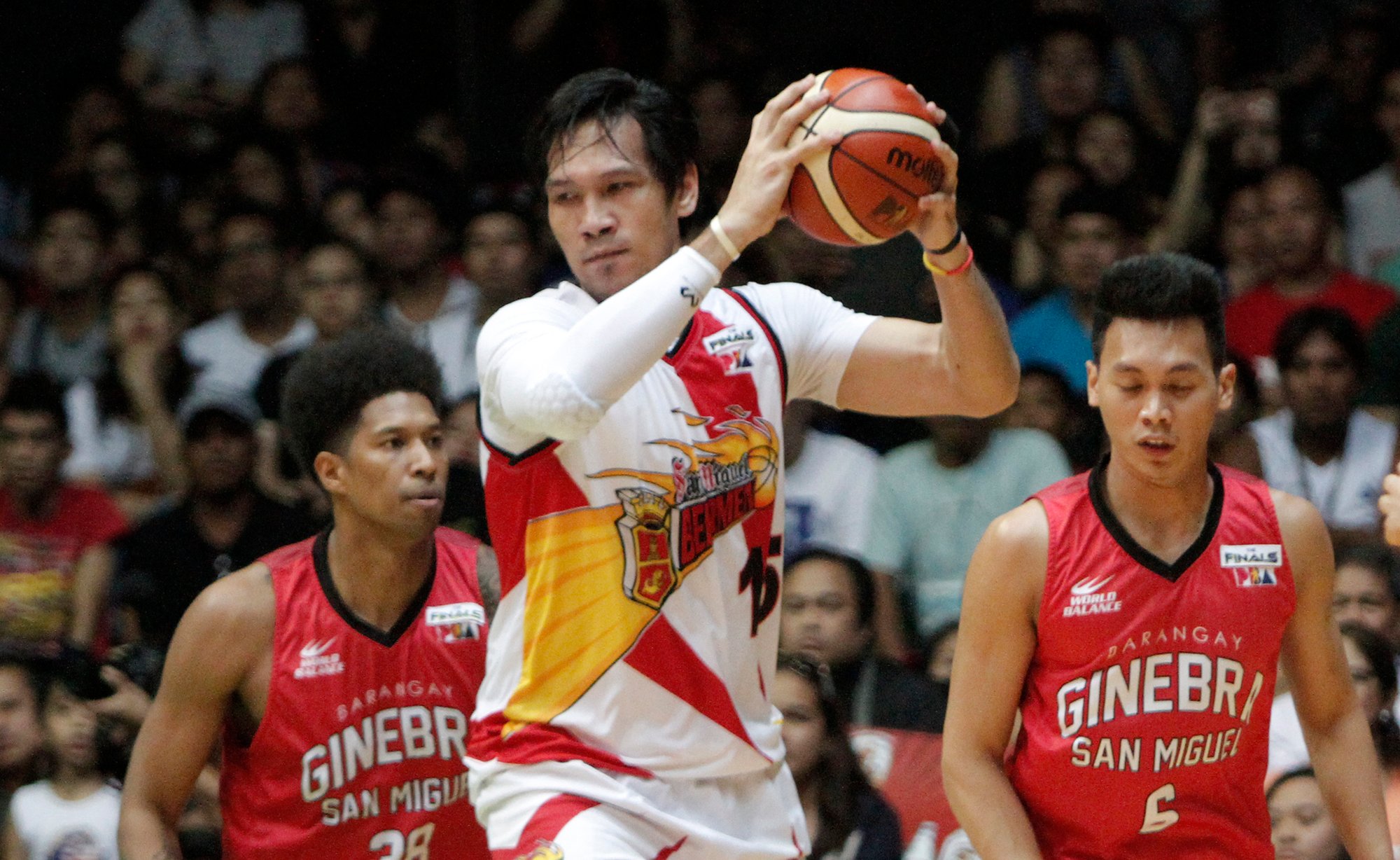 LUCENA–When Barangay Ginebra needed it most, a wounded soldier in Joe Devance came to the rescue.

The veteran forward fought through an injured foot and made the biggest basket for the Gin Kings, nailing the game-tying basket to force overtime with 3.2 seconds remaining.

Devance went hard against the defense of San Miguel forward Arwind Santos before scoring off his own miss at the end of regulation to tie the game at 110.

“I do whatever it takes. Everybody knows that,” he said after Ginebra’s 124-118 overtime victory that evened the PBA Philippine Cup Finals at 1-1.

“With three seconds left, I told myself I’m just going to catch it and take it myself and do something, shoot it. I saw Arwind was kind of up on me, so I got him side by side to up a tough shot, and I’m lucky enough to get my own rebound and tip it in.”

But he almost came out of the Quezon Convention Center as a reason for Ginebra’s downfall.

Already squandering a 26-point advantage, the Gin Kings turned the ball over with 21.8 ticks left in regulation as Devance passed the ball to Scottie Thompson. However, the sophomore guard slipped and Ronald Tubid snatched the ball away.

“I didn’t anticipate Scottie was going to trip. If he didn’t trip, I think he would have gotten it. I felt so bad when that happened,” he said.

This wasn’t the first time Devance was in this position as he had the poise to shake off the miscue and focus on the task at hand.

“We are always in next play mentality. That kind of sucked but we still got the win. I’m thankful for that,” he said.

Read Next
Gin Kings even series, outlast Beermen in OT
EDITORS' PICK
Speed up your game with the new vivo Y20s [G]
Metro Manila to have shortened curfew hours from 8 p.m. to 5 a.m. under MECQ
Philippines, US to begin 2-week joint ‘Balikatan’ exercises on Monday
‘NCR Plus’ to be under MECQ starting April 12 until April 30 — Palace
Pre-order the new vivo Y20s [G] to get a free TWS earphone
Pru Life UK receives four golden arrows for solid corporate governance
MOST READ
Stop ‘creeping occupation’ of ‘militia’ boats in WPS, Pacquiao asks China
Bea Alonzo clarifies status of her relationship with Dominic Roque
Convicted former aide of Sen. Bong Revilla dies — BuCor
Locsin to China: ‘Then move out’
Don't miss out on the latest news and information.