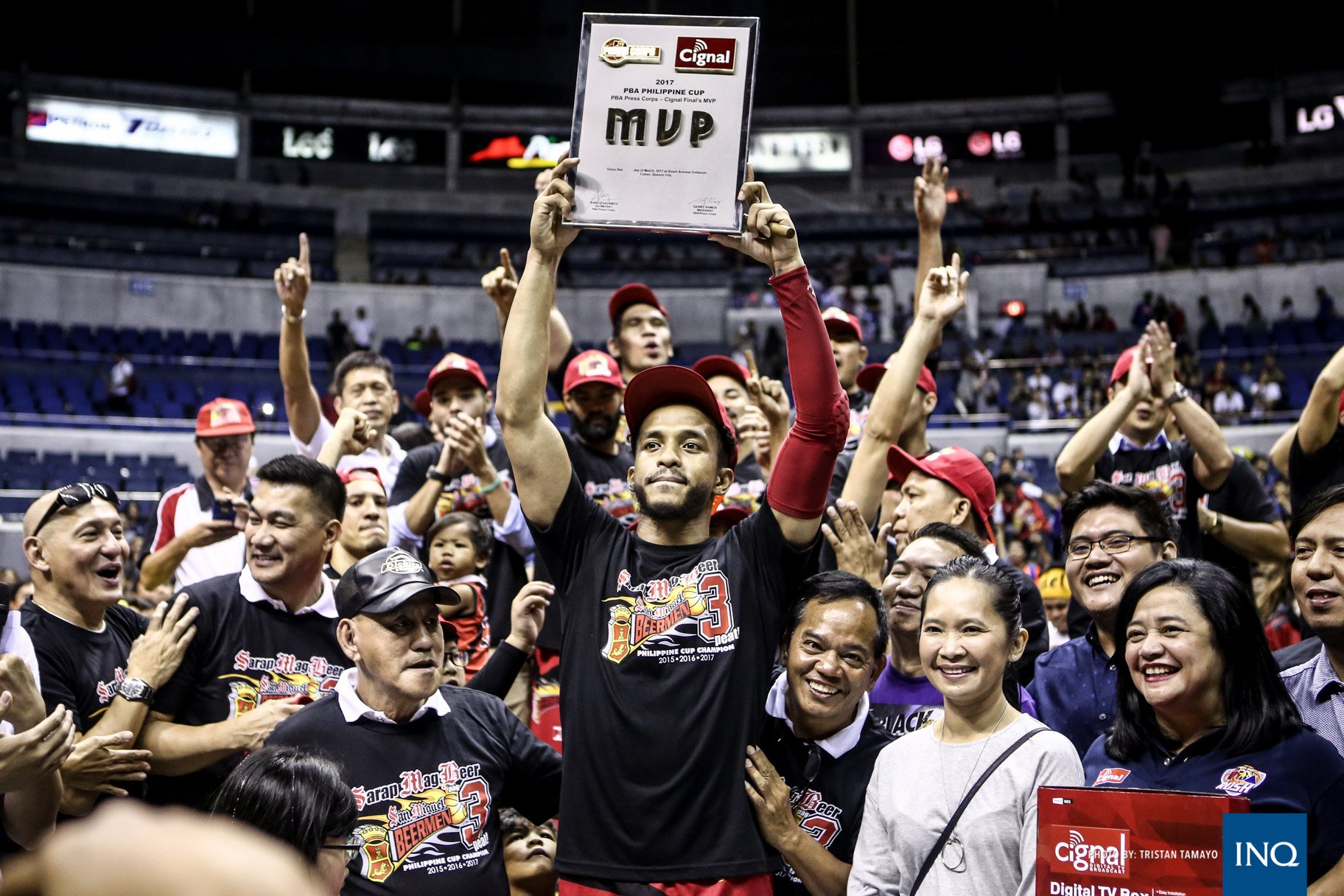 Instrumental on both ends of the floor, Chris Ross was named Finals MVP after leading San Miguel Beer to its third straight PBA Philippine Cup title following a pulsating win over Barangay Ginebra in Game 5 on Sunday night.

Ross displayed his all-around game as he averaged 12.7 points, 5.2 rebounds, 9.2 assists and 1.8 steals in the championship series.

“You don’t win three championships in a row without sacrifice. And this team is all about sacrifice,” said Ross.

The 31-year-old Ross also took home the MVP honors in the same conference last year when the Beermen came back from 0-3 down to stun the Alaska Aces.