Austria answers critics with another title for SMB 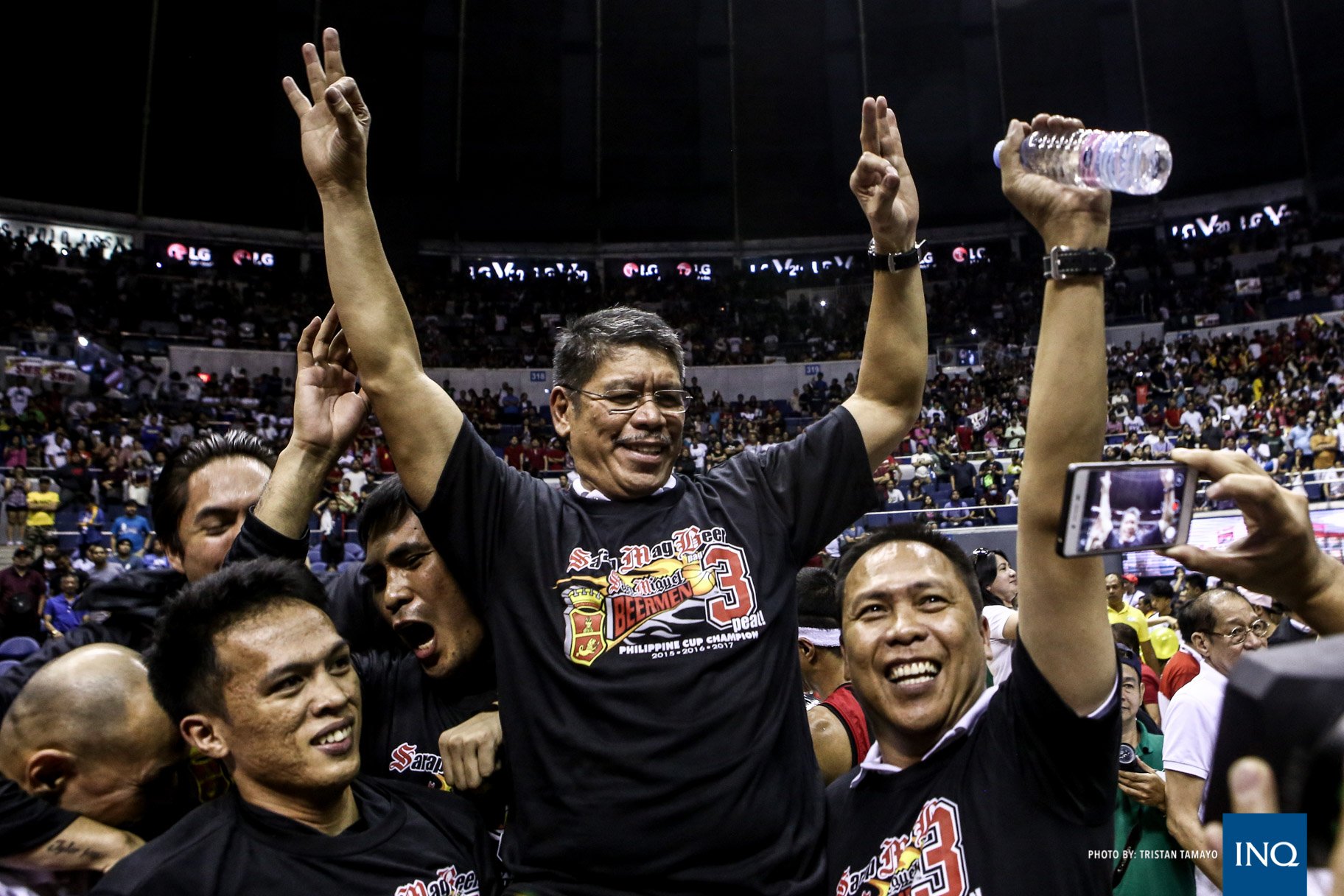 San Miguel Beer head coach Leo Austria had seen it all from his Beermen and throughout their finals series against Barangay Ginebra, he was never in doubt.

After all, Austria and the Beermen won the Philippine Cup championship last season despite facing a 0-3 series deficit.

“I’m confident with my players because they’ve shown the same body language I’ve seen from them when we won the championship in the last all-Filipino conference,” Austria said on Sunday after guiding the Beermen to their third straight Philippine Cup title after a 91-85 win over the Gin Kings in Game 5.

“I can see that they’re very relaxed, maybe because of our experience in the playoffs and in the Finals, and you can see that during our practices.”

San Miguel clinched its fourth championship in the last seven conferences with Austria at the helm and the outspoken coach hopes taking home the Perpetual Trophy would finally silence his critics, who have been referring to the Beermen as a top-heavy team for relying too much on their starting five led by three-time MVP June Mar Fajardo and Finals MVP Chris Ross.

“I’ve been criticized a lot before of using these key players and them averaging 36 minutes in the eliminations, and in the Finals, it went up to 38 minutes. But the one positive thing here is these five key players, both on offense and defense, they are working hard and can be one of the best starters in the league,” Austria said.

“It’s a matter of camaraderie. I’ve developed these starters and I’m thankful to the bench because they’re very understanding, that even though they aren’t used much, they keep on working hard in practice,” he added. “It takes a lot of sacrifices and discipline and understanding because it’s not easy to develop a team like this. I keep on hearing that these five players are the best starters in the league. Maybe not, maybe yes, but if we’re talking about their camaraderie and their effort, I think they are.”