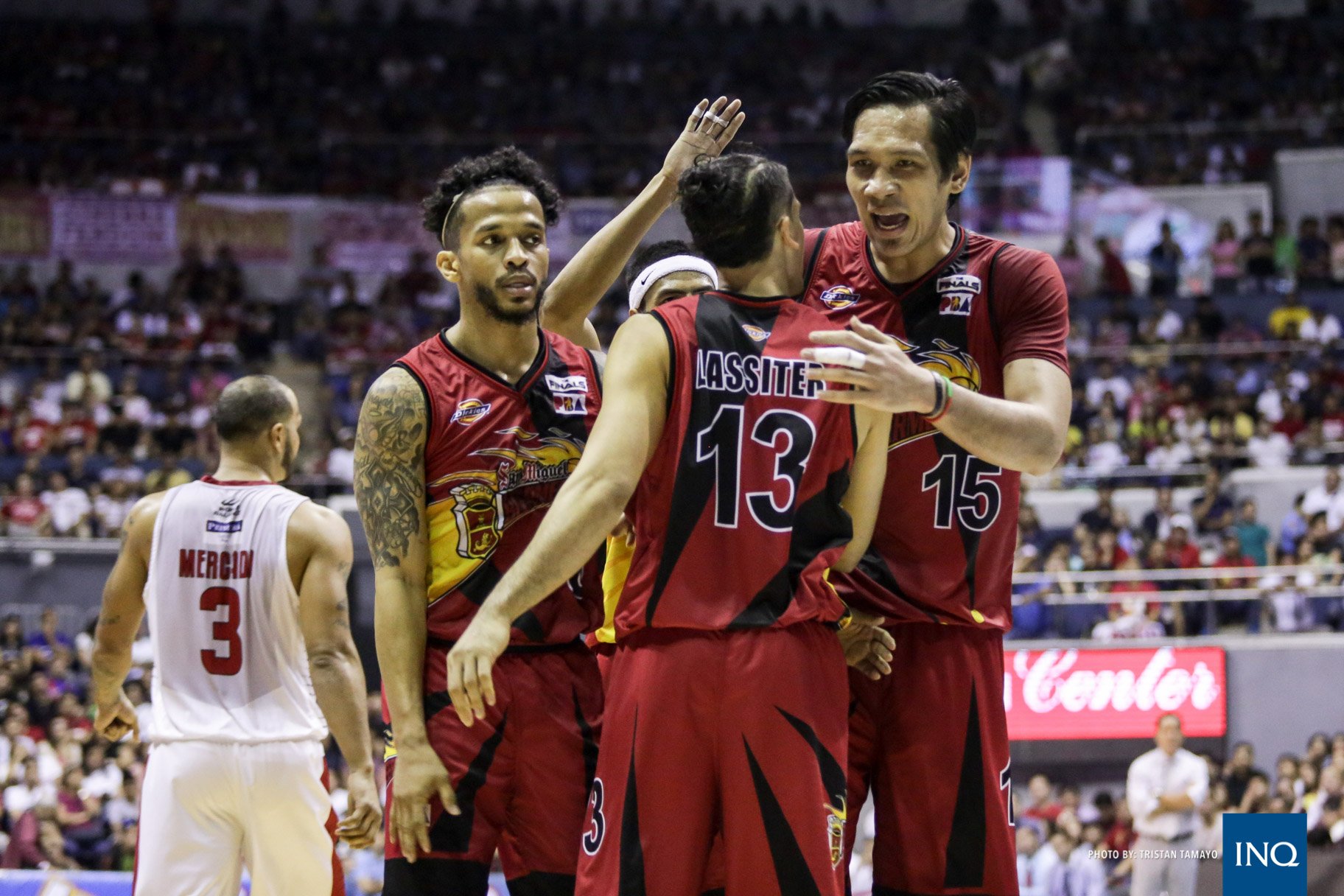 “Maybe if Greg was there, it would’ve been tougher. I already had a hard time with Japeth (Aguilar) there because he’s so athletic. He blocked me a lot of times and he also had a pair of dunks on me. I think Greg would have changed the series,” Fajardo said in Filipino.

The Beermen claimed their third straight all-Filipino championship after squeaking past the Gin Kings, 91-85, in Game 5.

But that doesn’t mean that Beermen had it easy with the absence of Slaughter, who could be out for the rest of the season after tearing his ACL last September.

“We really worked hard for this. We had lots of sacrifices even before the start of the conference and I’m thankful for my teammates, for the coaches, and for the management for continually pushing us. We feel proud because of the hard work we put in and the history we achieved with this championship,” he said.

The Beermen proved once again that they’re the best team in the PBA after earning the Perpetual Trophy.

Fajardo, though, doesn’t see the Beermen as unbeatable with the rest of the league also capable of winning the championship.

“There’s still lots of teams in the PBA which are strong,” he said. “For us, we’re just playing as a team. We just maintain our trust in each other and in our system. We know how strong we are, but we know that we’re stronger as a team, not as individuals.”

The 27-year-old Fajardo said that the goal for the Beermen now is to sustain their championship form in time for upcoming Commissioner’s Cup.

“I hope we’ve already learned our lessons from the past seasons. We have to be focused. We know we have to cherish this championship, but we have to rest and be ready for the next conference,” he said.