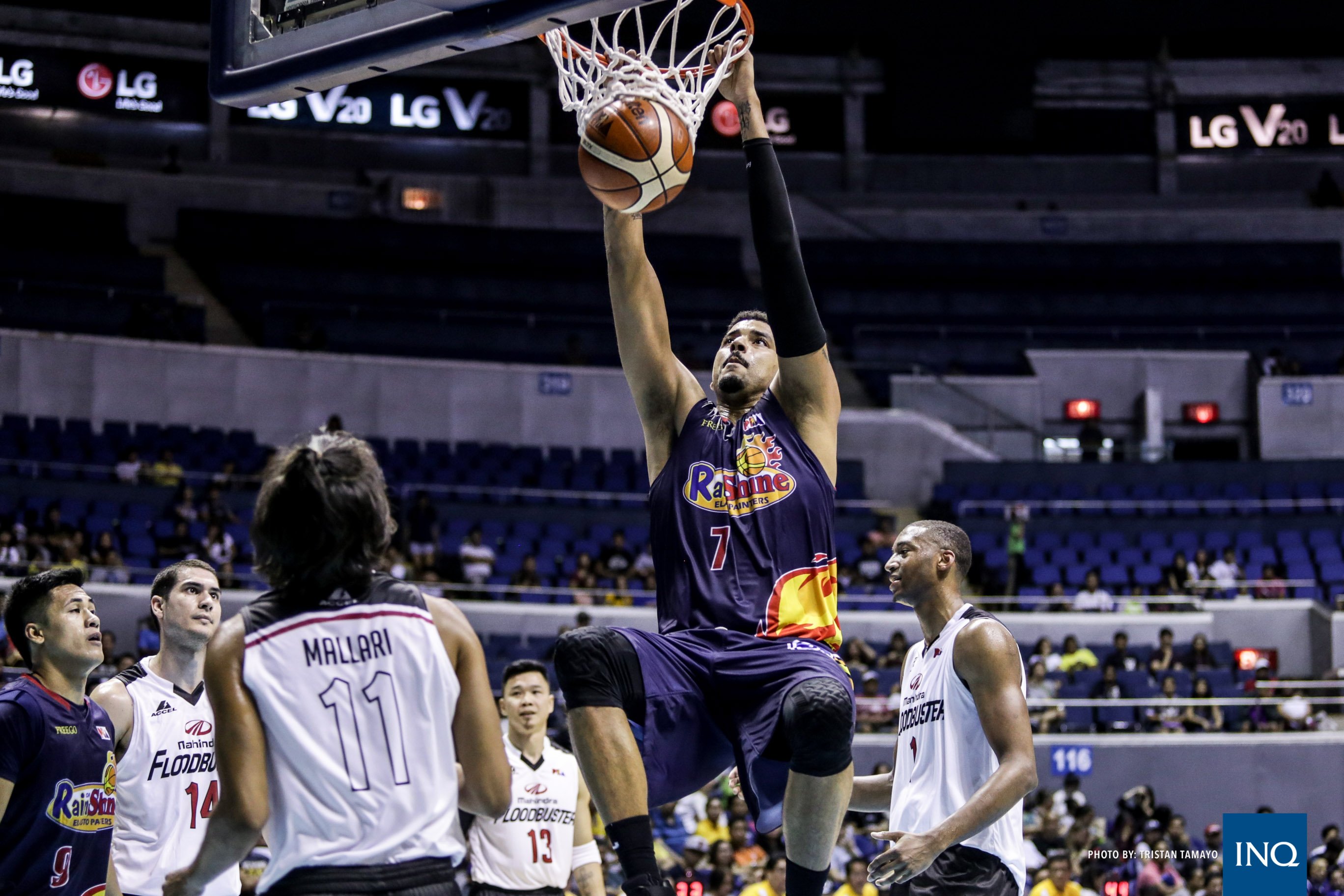 Getting a surprise challenge from Mahindra, Rain or Shine banked on its experience to pull through with a 99-95 overtime victory to keep its record immaculate in the 2017 PBA Commissioner’s Cup on Sunday.

Even Jeff Chan admits that the Elasto Painters felt they had the win in the bag when they led, 80-73, with eight minutes to play in the fourth quarter.

“Yes, we thought we already had the win,” Chan said in Filipino. “But they had their run, especially when Gary (David) got hot. We’re fortunate that we had some stops to force overtime.”

What worked in favor of Rain or Shine, however, was its cohesiveness which showed late in the game as Chan and the rest of the crew found the creases on the Floodbuster defense to eke out the gritty win.

“Coach told us to give it to Shawn (Taggart) in the post because Mahindra was playing him small. We gave the ball to Shawn and he scored four points, and also looked for the open guys. He found me at the corner where I got a three. We just looked for the mismatches,” he said, reflecting on his booming three which put the game away for good, 97-93 with 1:38 remaining.

Rain or Shine has been impressive in its two wins early in the conference and Chan is liking what he sees especially the team’s unpredictability when it comes to who will take charge when it comes to scoring.

“Ever since, we’re wired that way. Even from the days of coach Yeng (Guiao), that’s how we are. Coach Caloy (Garcia) wants no superstars in this team, and anytime, anyone can explode, may it be a local or an import. It also makes us harder to scout,” he said.

And Chan feels Taggart certainly fits the bill with him believing that with the towering import on deck, the Elasto Painters will be a tough matchup against any team in the league.

“He’s an import who doesn’t necessarily need the ball. He’s not a ballhog and he’s a team player. He’s really fit for us because he can play inside and outside, and is also good at passing,” he said. “That’s the import we’re looking for.”