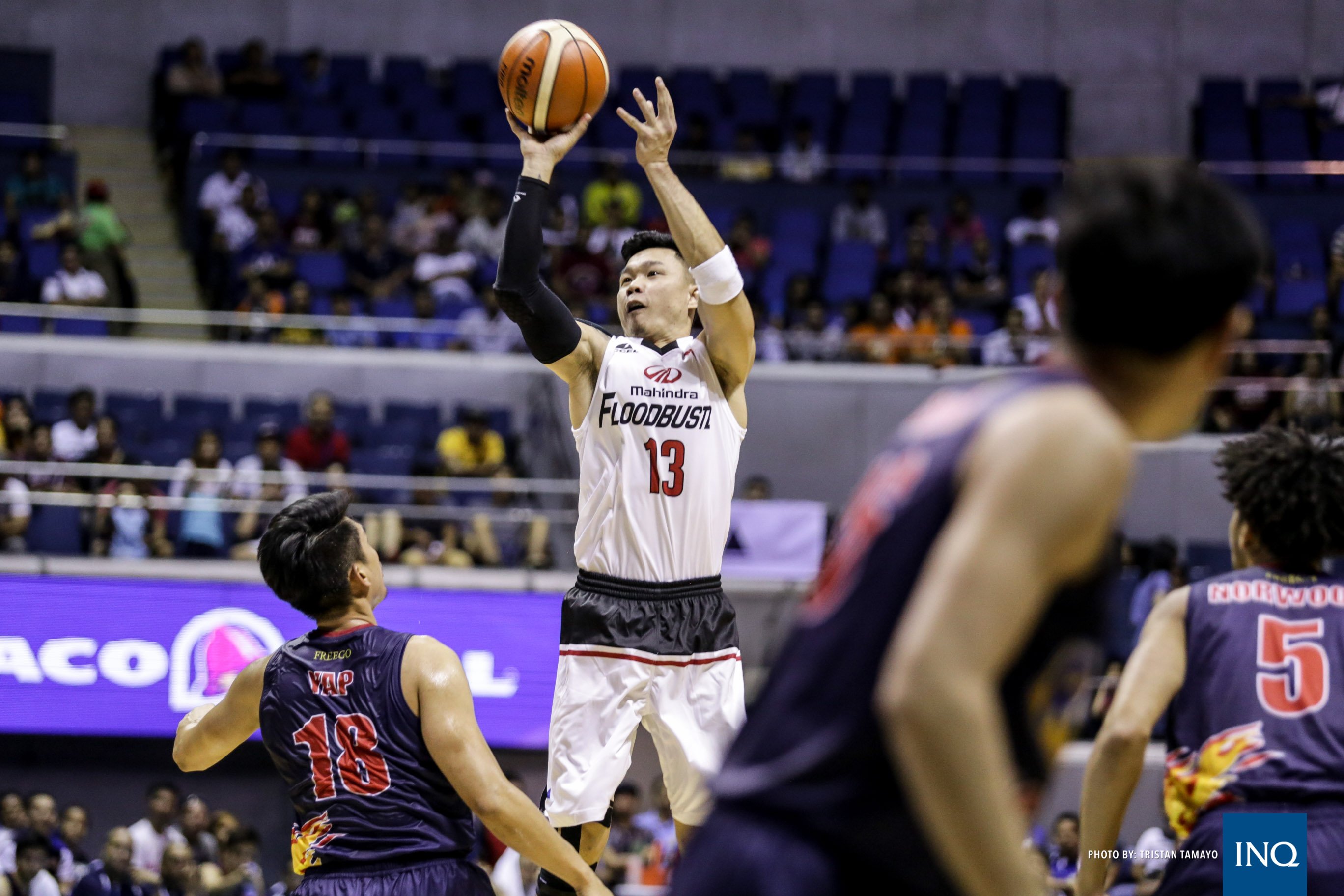 Gary David of Mahindra shoots over James Yap of Rain or Shine during their game in the 2017 PBA Commissioner’s Cup. Tristan Tamayo/INQUIRER.net

After getting his groove in the fourth quarter, Gary David hoped that he was on the floor late in regulation of Mahindra’s game against Rain or Shine.

“If I was there on the floor, I will get the ball and I’ll take the shot,” David said.

David was on the bench when the Floodbuster turned to import James White, who heaved the potential game-winning three and backironed the shot, in the waning seconds of regulation as the game went into overtime.

David had every reason to feel frustrated after he had just channeled his old self and delivered a vintage performance in the fourth quarter, unleashing all of his 13 points in the payoff period to help the Floodbuster comeback from an 80-73 deficit in the final eight minutes and even grabbed an 86-80 lead with 2:13 to play.

Though he and the rest of Mahindra muffed their chances in the clutch and fell to the Elasto Painters, 99-95, in overtime, David believes his team was able to show glimpses of what it’s capable of.

Despite the Floodbuster’s 0-2 record, David is keeping the faith, noting that with the way the team is performing, the squad is bound for a win anytime soon.

“It’s still early in the conference. I just told the guys, every game, we need to learn and in these first two games, we learned a lot. We’re looking forward in getting our first win soon,” he said.

The 35-year-old David also thinks this game shows that he still has a lot left in his tank, with him making the most of the chances coach Chris Gavina is giving him.

“I’m just ready. I’m prepared whenever coach Chris puts me in,” he said. “He knows that I just came back from a knee injury, but he gives us confidence,” he said. “I just tell him I’m ready when he needs me. I’m ready since birth.”