Stepheson shrugs off dust-up with NLEX: ‘It’s nothing personal’ 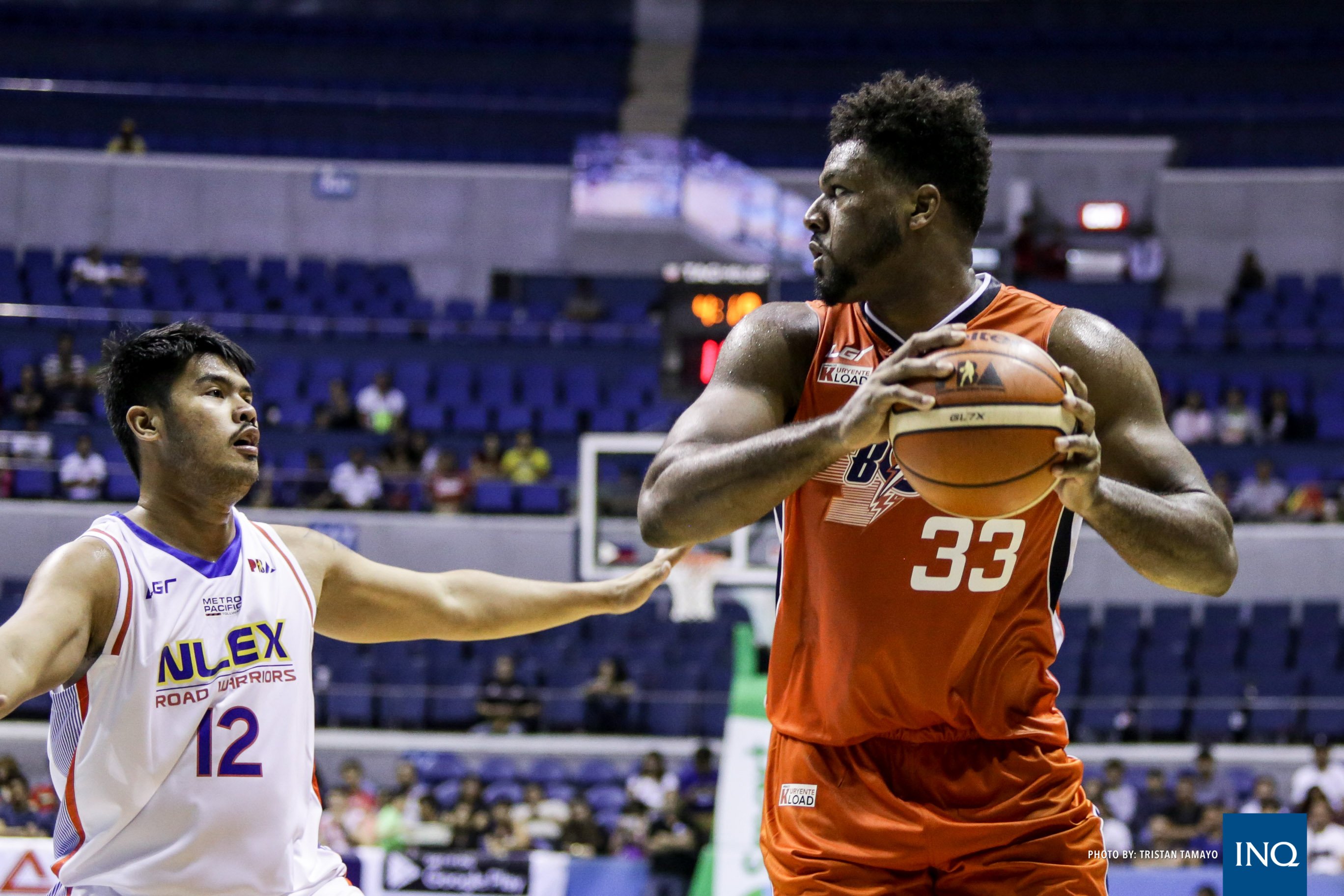 Alex Stepheson heard how physical the game is in the PBA so when Meralco faced off against NLEX on Sunday, he was prepared for a bruising night.

And the burly Stepheson got what he wanted.

He inadvertently elbowed Bradwyn Guinto on a rebound play in the second quarter, leaving the youthful big man with a black eye. He was also on the receiving end of a hit after Eric Camson slapped him in the face on a scramble for a loose ball in the fourth quarter. Things got really heated that after the game, Guinto’s girlfriend even confronted the import and told him, “Next time, you play fair.”

But the 29-year-old brushed the exchange, saying, “It’s nothing personal.”

“I got hit with a slap to the face, I don’t take it personal. I was upset at the moment but that’s basketball it happens. I get hit, sometimes I hit people. I dish it out so I can take it, it’s just physical ball. I like it,” he said.

Aside from the heated brushes, Stepheson had a solid outing, posting 18 points, 24 rebounds, and three blocks to help Meralco score a 91-84 win over NLEX and stay unbeaten after two outings.

“Coach just kept on telling me to keep on being aggressive. In the third quarter, the second unit came in and got us the lead and then coach kept saying in the fourth quarter to not be passive,” he said.

Though admittedly still not in his tip-top shape, Stepheson believes that he’ll eventually get there in a week or two.

Though he keeps focus on his conditioning, Stepheson made it clear that what keeps him on the right track is him following the instructions coach Norman Black is giving him.

“I’m just trying to do what coach asks of me: to play strong inside, score, rebound, and play strong defense,” he said as he hopes to make the same impact the Bolts previous imports have had before. “I know they had the Best Import two times. I’m not trying to be the Best Import, that’s not my goal. I just want to play the best I can and win games.”

Meralco returns to the court on Friday against TNT.