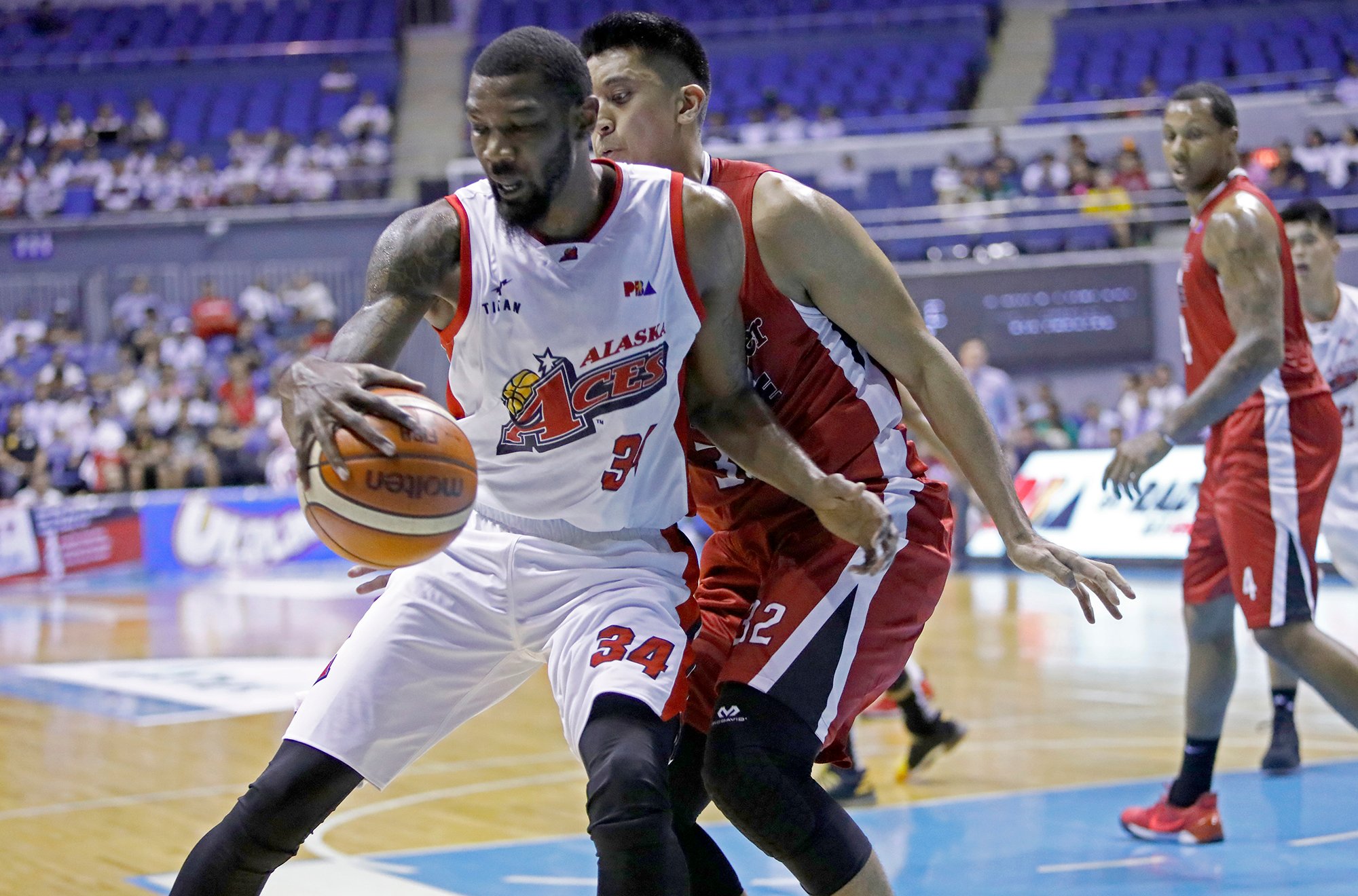 Jefferson posted 28 points and 15 rebounds, putting up nearly the same numbers he produced when he made his PBA debut in a 107-79 drubbing of GlobalPort four days ago.

“We really respect Blackwater. We really beat us fair and square last conference. We know they’re good and we know Greg Smith that he’s an NBA player,” said Alaska head coach Alex Compton, referring to the Elite’s hardworking import. “Obviously, it was a big deal that Sonny (Thoss) was able to get him (Smith) into foul trouble.”

“Cory is a great fit for us because he is not a ball dominator. He’s a team player and he knows we’re not going to win with him alone,” Compton said.

Smith, a former NBA veteran who had stints with the Houston Rockets, Dallas Mavericks and Minnesota Timberwolves, fouled out with still 7:28 left after committing his last foul while defending Alaska center Sonny Thoss in the post.

The 26-year-old Smith finished with 14 points, 16 rebounds and six assists before fouling out. His early ouster came at an inopportune time with the Elite rallying within eight, 89-81, after trailing by as much as 21 points.

Alaska took a 72-51 lead in the third quarter but Blackwater fought back and pulled to within seven, 86-79, with still 8:39 remaining.

With Blackwater still in it, Jefferson put the Elite away with a jumper that made it, 104-93, with only 59 ticks to go.

Carl Bryan Cruz added `15 points while Ping Exciminiano chipped in 13 points and three steals for the Aces, whose pressure defense forced the Elite to turn the ball over 22 times.

Reil Cervantes led Blackwater, which fell to 0-2, with 21 points.