Star guards ‘much better than my guards,’ says Phoenix coach 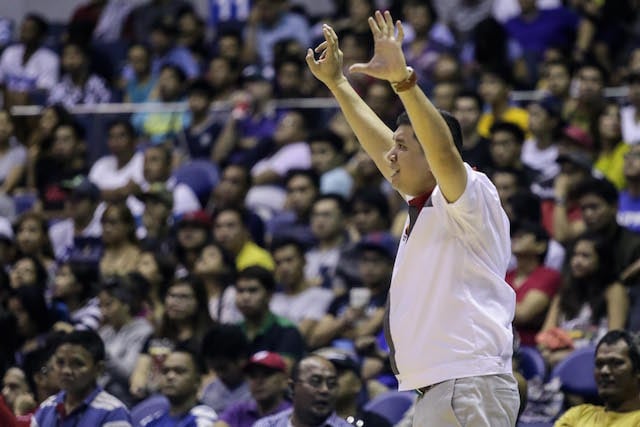 Phoenix head coach Ariel Vanguardia said poor guard play coupled with a bad shooting night from the outside made it difficult for the Fuel Masters to beat the Star Hotshots on Wednesday night.

“Their guards are much better than my guards. I think it’s hard to win when we shoot 2-of-25 [from the three-point area],” Vanguardia told reporters after Phoenix suffered another blowout loss to Star, 101-82. “I have to challenge my guards to play much better.”

“It’s like every time we play Star, they’re just [harassing] our guards. We gotta learn how to play teams with better guards. They will just attack our guards so our guards really need to step up.”

Tony Mitchell led the Hotshots with 24 points and 16 rebounds, but also playing an instrumental role was point guard Mark Barroca, who fired 13 of his 17 points in the second half.

Phoenix has now lost by an average of 28.5 points in its last four meetings against Star including a 44-point thrashing last conference.

But despite the blowout defeat, Vanguardia had a reason to feel good about with his new import Jameel McKay showing a lot of promise with an impressive PBA debut.

McKay had 34 points, 20 rebounds and four blocks as a replacement for the prolific Eugene Phelps, who had to fulfill his commitments with his ball club in Puerto Rico.

“He’s got a lot of energy. We saw that he gave his all. We can run with him. He’s not like Phelps where we can just throw him the ball and let him do his thing. He plays within the system,” Vanguardia said of McKay, a defensive stalwart during his collegiate days with Iowa State.

“It wasn’t his fault, today if we would have made two or three [more] threes, maybe we would have opened up the lane for him. It’s really hard to win when you shoot 2-of-25 and we’re known to be a shooting team.”