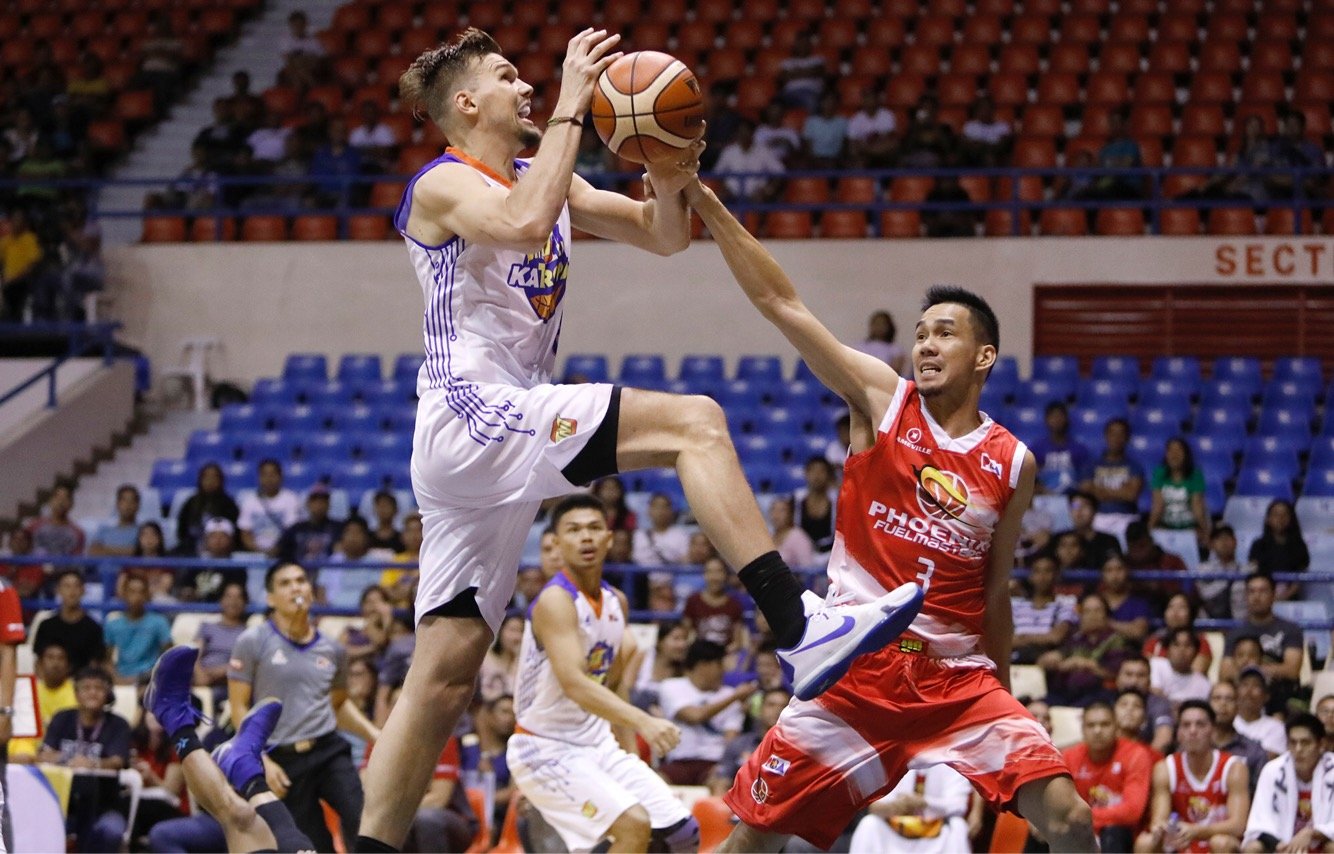 ANTIPOLO — Lou Amundson had a dominating sendoff in his final game for TNT after leading a 122-93 demolition job of Phoenix Sunday in the 2017 PBA Commissioner’s Cup at Ynares Center here.

The 10-year NBA veteran posted 20 points, eight rebounds and two blocks to lead the KaTropa to their first win. Amundson will be replaced by Donte Greene.

“From the very beginning after (Denzel) Bowles left, we signed up Donte Greene. It just so happened that his papers weren’t able to make it,” said TNT head coach Nash Racela.

“So as a safety precaution, we looked for other replacement for this weekend and we’re very appreciative of what Lou Amundson did for us. We had one call and he played for us. He was very professional in handling the situation knowing that another import is flying in.”

Troy Rosario added 18 markers on an efficient 8-of-10 clip from the field, to go with four rebounds, while also giving TNT its biggest lead at 35, 122-87, with a baseline jumper midway in the fourth.

Ranidel de Ocampo chipped in 18 points and five rebounds, while Jayson Castro made his conference debut with 10 points and 14 assists.

“We we’re just fortunate to have Jayson back,” said Racela. “The goal for us to learn without him. We can’t always have him especially with the Gilas program coming up.”

Roger Pogoy had 17 markers and four rebounds, as three other players cracked double digits for the KaTropa, which evened their record to 1-1.

TNT was in full control from the get-go, erecting a 59-48 halftime lead which further extended in the second half thanks to a 41-point third quarter.