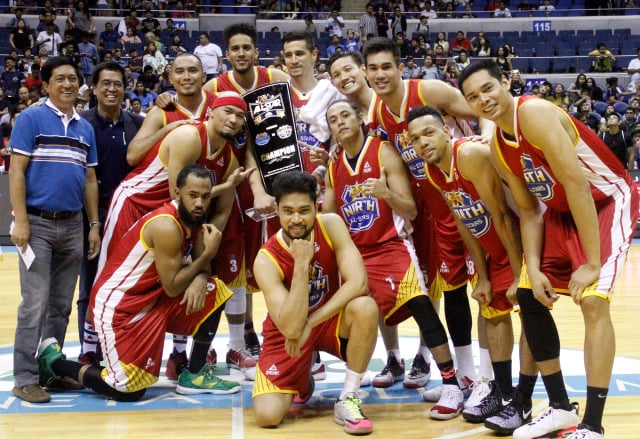 ANTIPOLO–Rosters are now set as the PBA gears up for the 2017 PBA All-Star.

Members of the Gilas Pilipinas pool will join forces with the other PBA superstars as they face off in a three-leg festivities to be held in Cagayan de Oro, Lucena, and Lapu-Lapu City in Cebu.

Young guns take the lead for the Mindanao All-Stars as it will be bannered by Mac Belo, Jio Jalalon, and Scottie Thompson.

PBA media bureau chief Willie Marcial explained that the PBA and Gilas coach Chot Reyes agreed to loan Thoss and Rosario to the Mindanao squad due to the team’s lack of big men.

Star coach Chito Victolero will call the shots for the team.

Shifting to Lucena two days after, the Luzon All-Stars will grab hold of the spotlight against the national team, with two-time PBA Coach of the Year and Sariaya native Leo Austria of San Miguel manning the sidelines.

Their Gilas counterparts, on the other hand, will be anchored by new addition Allein Maliksi and Raymond Almazan at Quezon Convention Center on April 28, Friday.

Lastly, two-time Grand Slam-winning coach Tim Cone of Ginebra will steer the ship for the Visayas All-Stars to cap the week-long festivities.

He will have Fajardo, Romeo, and two-time PBA Most Valuable Player James Yap at his disposal, while also enjoying the services of Joe Devance, Jeff Chan, Chris Ross, Chris Ellis, Aldrech Ramos, Dondon Hontiveros, Ronald Tubid, Jericho Cruz, and Asi Taulava, who will be making his 15th All-Star appearance.

Castro, Abueva, and Aguilar will lead the Gilas squad playing on April 30, Sunday, at Hoops Dome, where they will be teaming up with fellow pool members Belo, Rosario, Jalalon, Almazan, Pogoy, Maliksi, Revilla, Von Pessumal.